Before I had finished snapping the belt on the couch, my husband and brother each had hold of the other's dick, rubbing away for all they were worth. In no time at all, I was awarded with two boners pointing toward the sky. Boy, I just love the changes around here since my birthday party last weekend. Who would had thought that being 26 would be so much fun?
Dear Diary, it was a real hoot at dinner watching the brats trying to at the same time eat and keep each other hard. So that the rest of us could keep a check on whether the boys kept their boners, mom had Dickie sitting on a high stool and Teddy kneeling upright on his chair
The two brats were doing so well at keeping each other hard that what I knew would happen did happen. Dickie caused Teddy to cum. All over both their dinners, much more on Teddy's than the Dumb-Dumb's. It was a wonderful thing to see, Teddy's thing shooting white stuff all over the place. 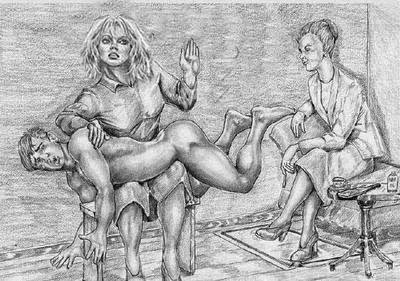 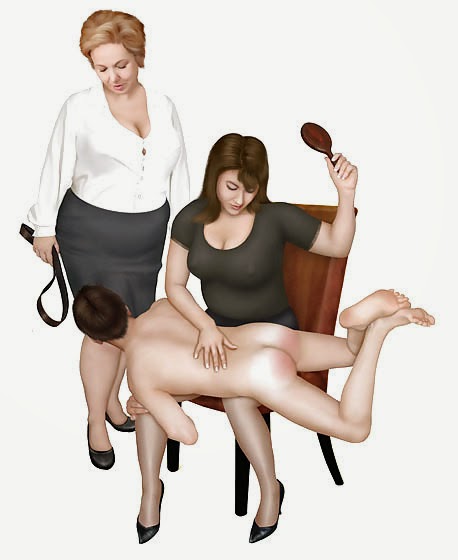 Which I immediately did. Boy, oh boy, Dear Diary, you should see the difference that a brush instead of a hand makes on a boy's naked fanny. I could see it, and Teddy could certainly feel it. His screaming, crying, squirming and kicking were all much more furious than from any of his hand spankings. 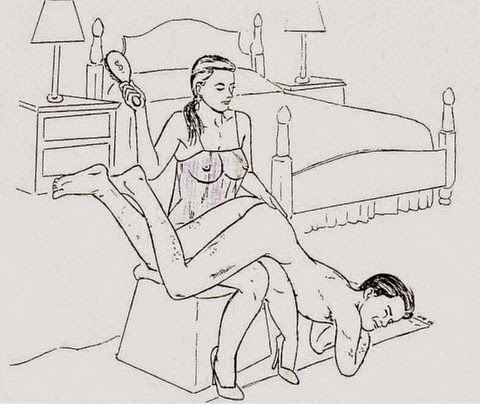 After the final spank, my husband had a very red behind indeed. He was madly hopping about the room, vigorously rubbing his bottom, his privates bouncing all over the place, tears running down his face, still loudly crying. Ha, some man he is!
Then it was the Little Dickie's turn. I used the brush for all 48 of his spanks, getting the same results as with Teddy. 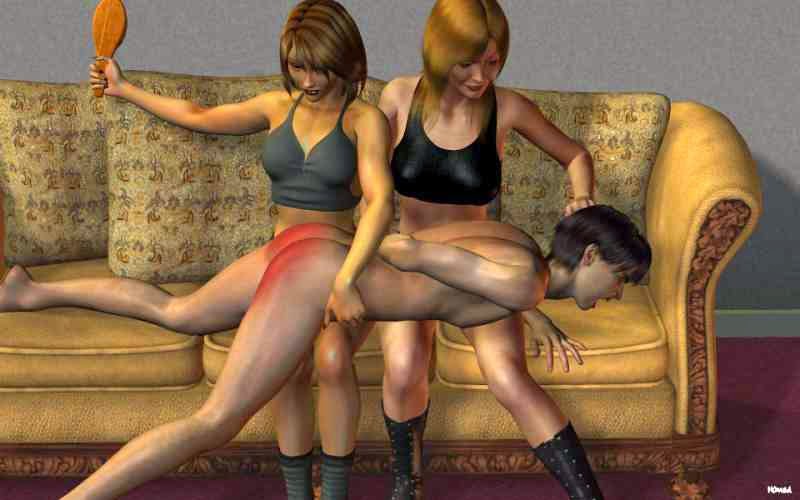 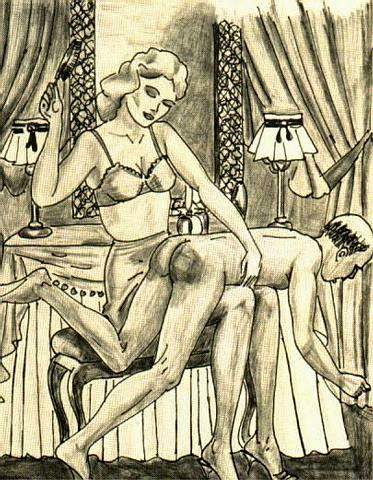 After an additional dose of 54 with the brush for Teddy and 48 for Dickie, my naked slaves were giving a repeat performance of their dancing routine of a few moments before. I loved every minute of my little show!
Once the brats had calmed down a little, I sprung my surprise on them.
"Okay boys, for your continued arguing and complaining, I have a cure that will keep you quiet the rest of the evening."
"Oh goodie," mom jested, "I can't wait to hear what it is, and I'm sure neither can your slaves."
"For the rest of the evening," I let them know, "you are to lay on the floor and suck on each other's dicks!"
Posted by QBuzz at 18:02