Last month we looked at a summer camp where 18-year-old boys are sent to suck cock and learn submissiveness. But in the interests of gender equality, shouldn't there be an equivalent for their female counterparts? Well now there is! 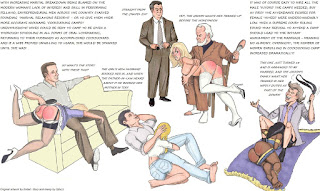 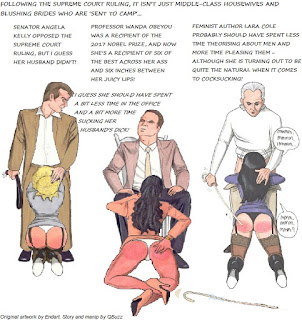 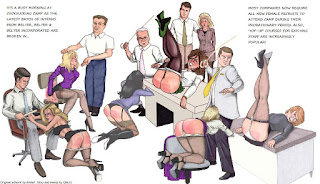 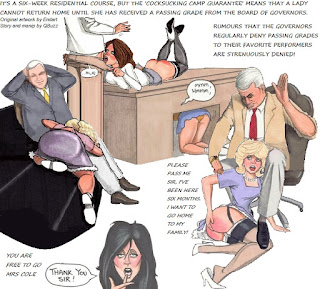 Daughters of Lower Class families, once they had reached the age of 18, being first given a period of preliminary training in the Ministry and then assigned to Middle Class homes to fulfil their State-required one year of domestic service...Middle Class girls, while not required to do Maid Service, had to attend special educational establishments between the age of 18 and 20. The regime at these places was notably strict so they, like the Lower Class girls, would get a frequent taste of the cane or strap. All young males of the same age had to do State Service on farms or in factories.

This is all rather unfair, as while the boys and the middle-class girls no doubt suffered extensively from the cane and strap in their institutions, it is of course much worse for the poor working-class girls sent to serve lecherous older middle-class males with no oversight on their behaviour:

In Utopia a maid could be required to have sex with her employer, and many employers did insist on this...Jack Easterby, aroused by the spanking, would have liked to do something else to Susan but he knew that would be overstepping the mark. He was aware that Henry Greenaway didn't have sex with his maids himself and would certainly not sanction anyone else doing it. Still, there was Jack's own maid, Anne, at home...