In a flash, dad had my naked husband bending over the end of the couch while he repeatedly wailed at his bare bottom. In no time at all my husband was crying. Soon he was shouting, no make that shrieking. He kept begging dad to stop. But dad didn't listen, he just kept on swinging that belt, warning him not to move out of position or they would start all over. 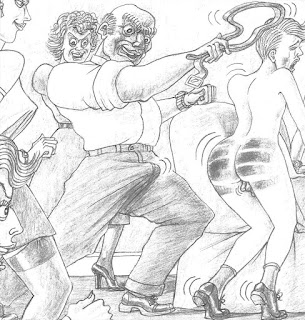 After a while, Teddy didn't plead anymore, he was too busy howling. His butt turned redder and redder. He kept dancing in place, having a lot of trouble keeping his feet on the floor. 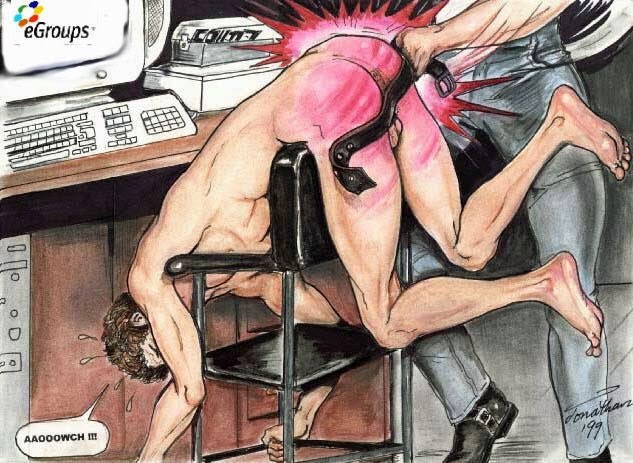 Finally dad stopped, making Teddy stand facing the wall, his beaten red ass (oh, I just love using words like that!) on display for us all. 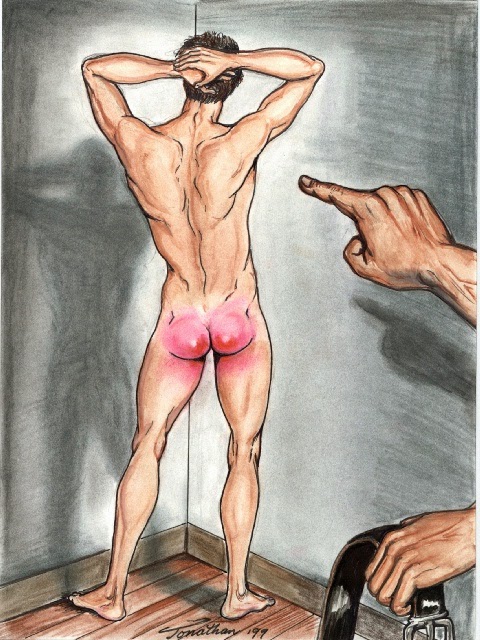 Then it was Dickie's turn. He got the same medicine - a red bottom belonging to a howling dancing little brat. 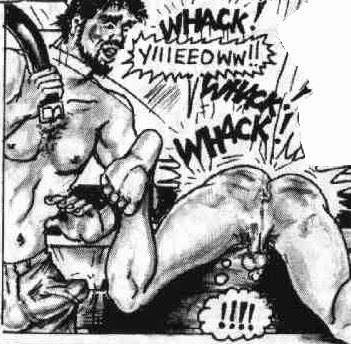 I really don't know what Marcie sees in him. His computer-programmer ass is somehow even skinnier than Teddy's (and his digital watch and skater chains are even dorkier- though they did jangle nicely whenever Dad's belt impacted into his tight little butt!).
Dad sent him to stand next to Teddy. Now we had two shining bare behinds to stare at. 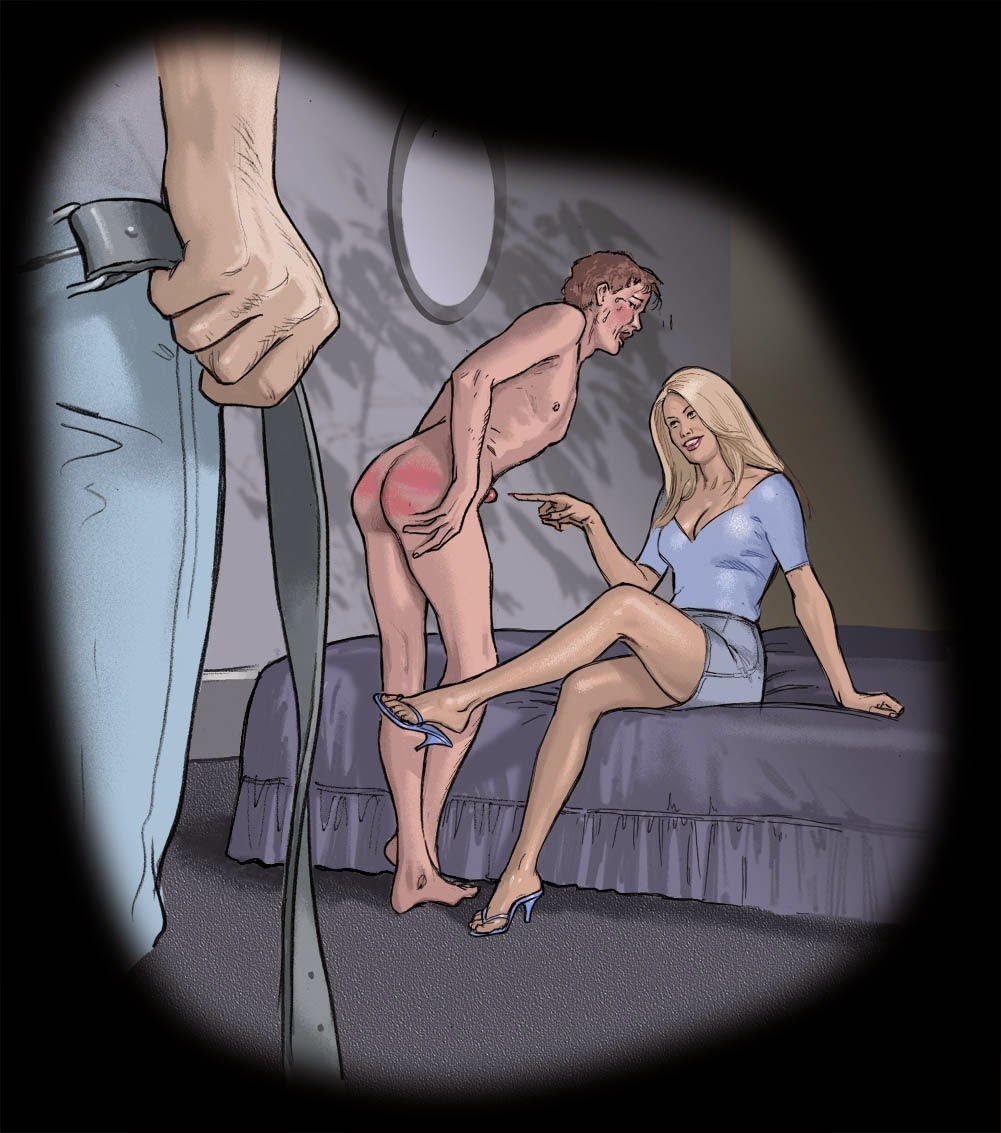 But that wasn't the end of it, oh no! After ten minutes or so I saw mom whisper something to dad. He tried to whisper back, but was a little louder than I think he wanted to be. I heard him tell her, "you and that Fem Internet site. Okay, go ahead, you're the boss in this." He didn't sound too happy about it. 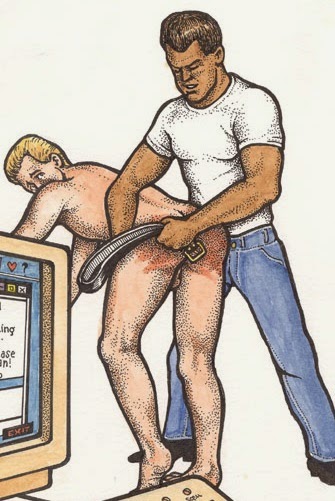 "All right boys," mom said, "turn around and face the ladies. Which they did, hands again immediately covering their most interesting parts.
"Get those hands away," ordered mom.
"What did I tell you about playing with yourselves?" asked dad, snapping his belt. Maybe he should take up lion training, the way he likes whipping that thing around! Before they could answer, as if they would have anyhow, mom said, "well, since they want to play with themselves, they can do exactly that for the rest of the day. Get your dicks hard, now!"
"No way!" Teddy said for not the first time.
"Do it!" shouted dad, snapping his belt once again. My husband and brother began rubbing their dicks....
Posted by QBuzz at 11:02