I'm going to start posting my manips of Jonathan's art, beginning with all the series that feature a fantasy very close to my heart - cute men in classic British school uniforms getting their arses well and truly beaten and buggered!
School uniforms are probably the most popular outfit for spankees to wear, but if you're creating spanking art or stories then this creates a conundrum, as why would adult ladies and gents don knee socks, ties and shorts or pleated skirts? You can't set every school uniform scenario as being roleplay between a married couple in the bedroom.
My solution is simple - I set my works in an alternative universe where not only is corporal punishment still in fashion, but the government and elders have decided 18-year-olds aren't mature enough to be given all the privileges of grownups yet and so they are packed off to what are effectively finishing schools, run along the traditions of great British boarding schools. Really though, it's just an excuse for a load of spankable bottoms to gather together for an orgy of beatings, buggery and of course, classic school uniforms. This first manip series explains how it would work, for the men at least: 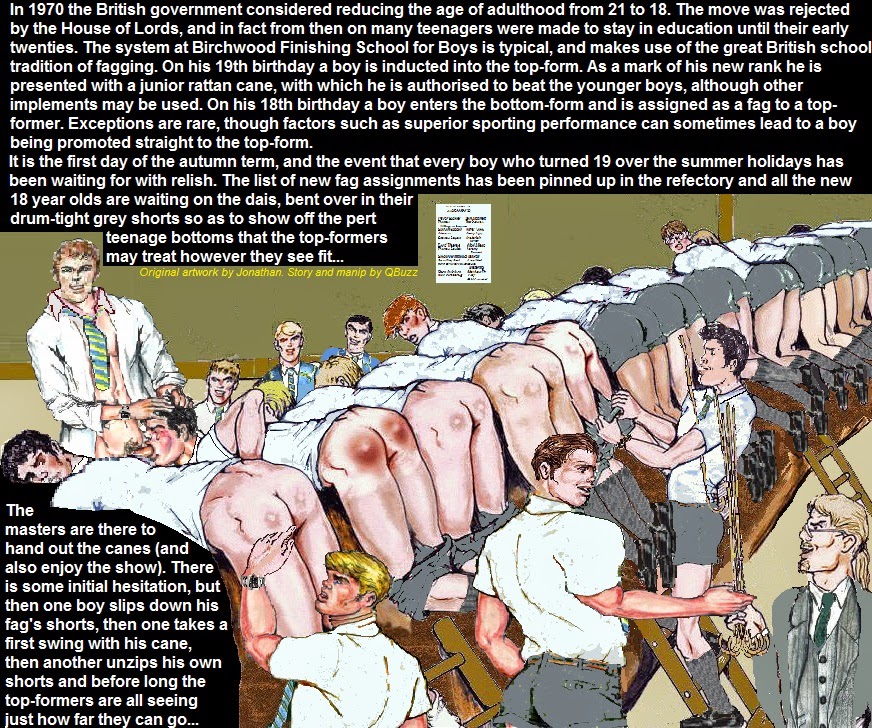 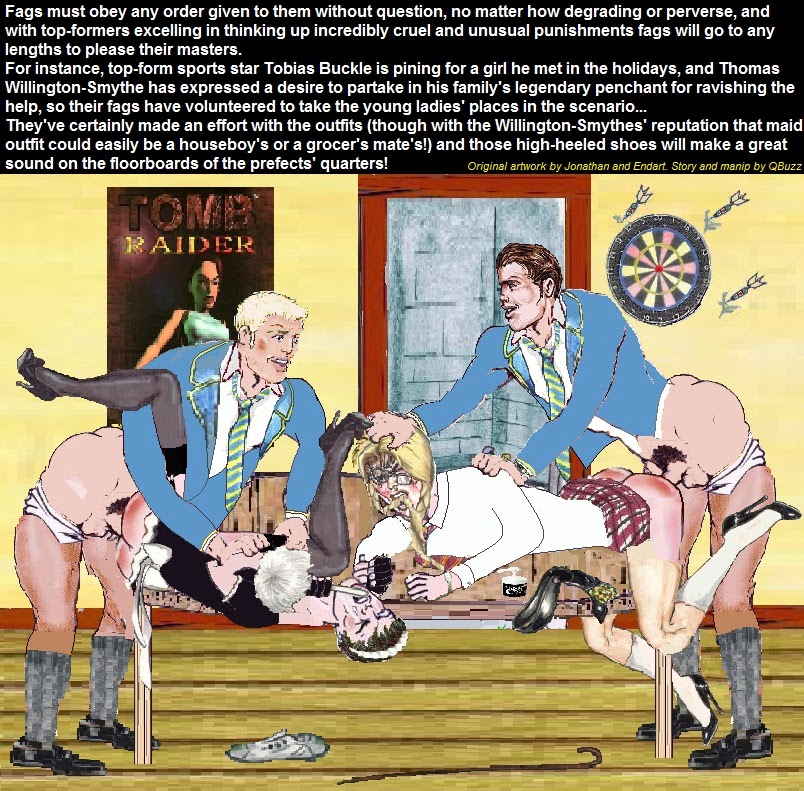 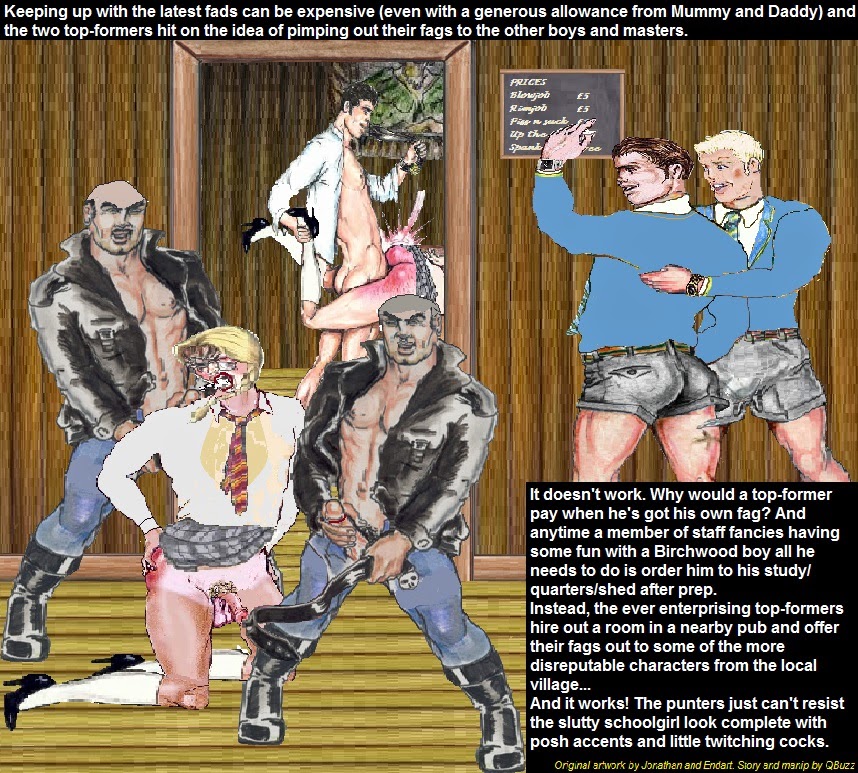 One thing I notice about my three favorite fantasies is that they all have very specific roles for the male: spanker or spankee, bull or cuckold, and top or bottom. In my alternative universe, all the men secretly crave spanking, cuckolding and gay experiences, the only question is whether they're on the top or on the bottom! So while the job of the finishing school is ostensibly to teach its students how to behave as adults, really it's to give them a taste of all the roles so they can decide which they prefer and in the case of the subs and cuckolds accept their place in society. Hence the top-form and the bottom-form! And no doubt the swotty types in the bottom-form will relish the scorching canings and dominant dickings they receive, ready for a lifetime of cuckolding and humiliation at the hands of their future wives. Whereas the macho jocks will find the top form more to their taste, allowing them to ride roughshod over the swotty boys and bugger them in the showers, setting them up for a cushy management life of bossing other men around and fucking their wives!
To the pictures themselves. I have to say creating the long line of pert bottoms in tight shorts for Picture A reminded me of the best Sting spanking vids with Jonathan (the model not the artist) in grey school shorts - mmmm! And I thought it important to show that not all the top-formers are meatheads. Yes it's true that the speccy four-eyes toward the right of the line (who I can definitely relate to!) has looked up nervously to see he's been assigned to the biggest, meanest jock in the finishing school. But further along the black-haired guy in the gold watch doesn't look particularly scary. I like to think that he and the redhead he's stripping have been friends for a long time and, like all curious male friends, have fooled around together - but now a quirk of fate means one of them gets to spank and screw the other at will!
Moving on to Picture B and my first attempt at crossdressing in my manips, with the classic sissy maid and sissy schoolgirl looks. The four-eyed fag may have offered to play the part of his master's girlfriend, but at least his pigtailed wig gives him something to bite down on. No matter how good it feels it's always nice to have something to bite down on when you're being done up the arse - if only to add to the feeling of submission.
And in Picture C there's plenty more submission, as our two sissy schoolgirls get to experience one of my biggest fantasies - being beaten and used by rough, working-class types. Here we have leather-clad bikers unleashing thick belts and sweaty, smelly cocks on well-bred mouths, butts and boners. Heaven for a closet middle-class sissy!
Posted by QBuzz at 16:42