Time for another tale from the Birchwood Finishing School for Boys, an institution that certainly believes in corporal punishment for its students. And their parents too! 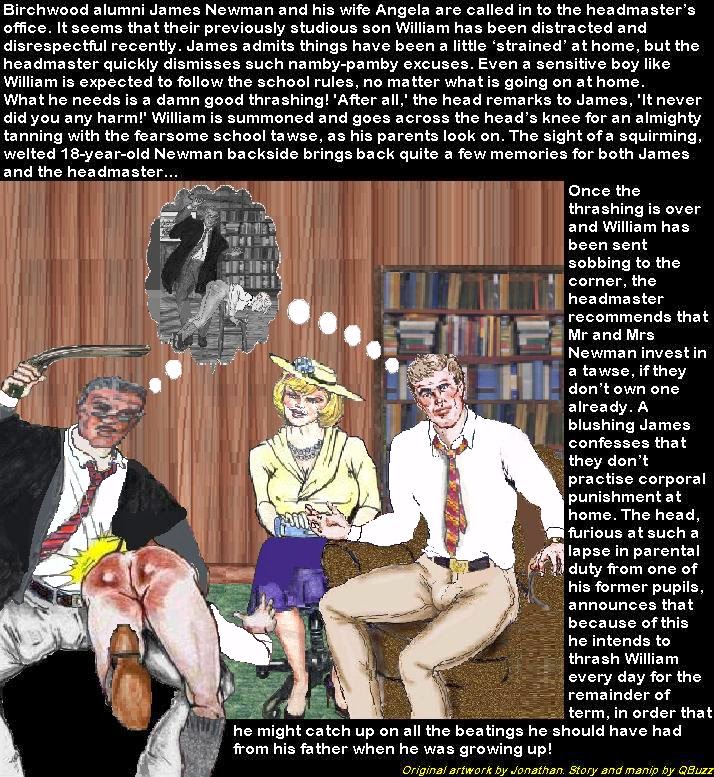 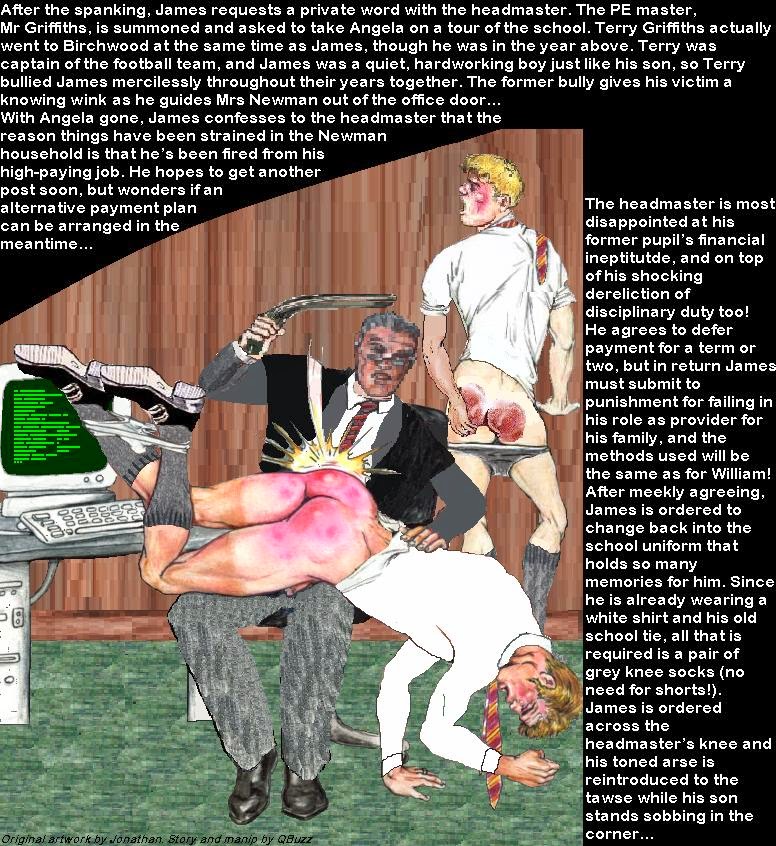 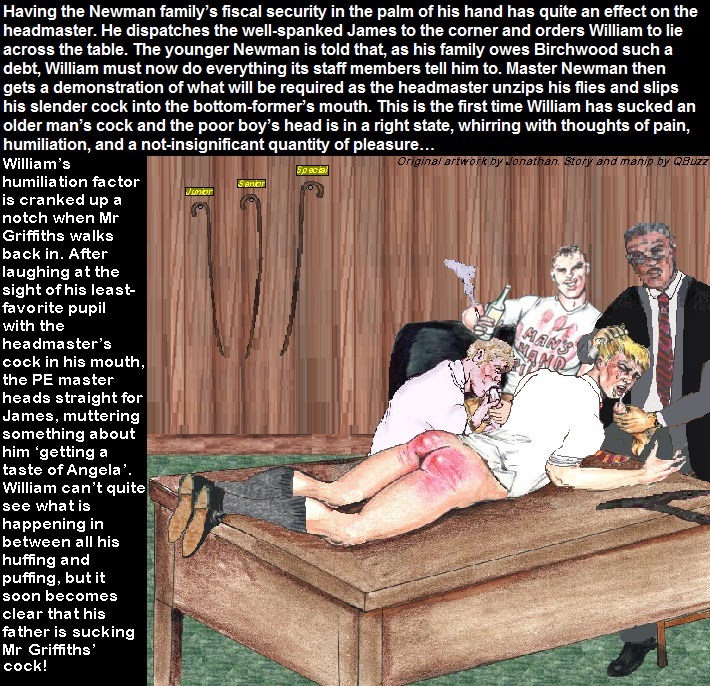 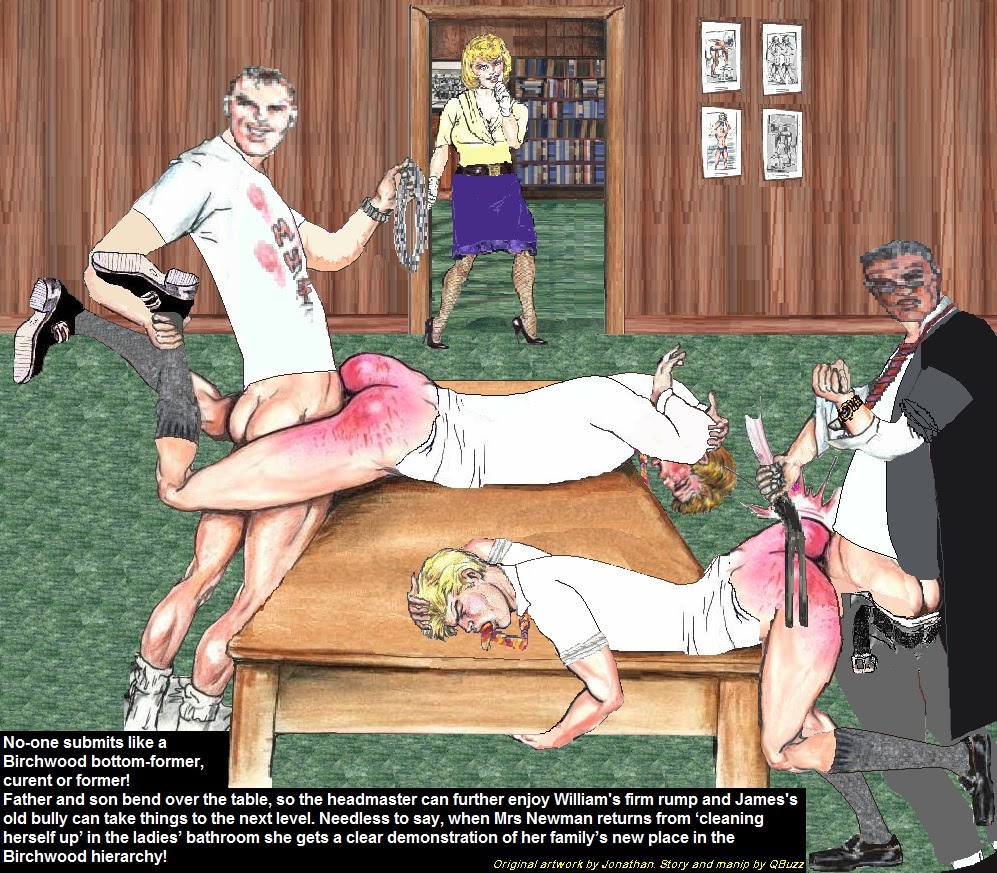 The whole 'unfair British school/faithless wife theme' was inspired by the story Evacuee from an old British spanking magazine. You can see it at the British Spanking Magazines blog.There isn’t much link between the two now, although this is supposed to be a kind of sequel (James is Sheila’s grandson/Janet’s nephew - I had the idea that the Newman men were always drawn to flighty women).
As well as being my first exploration of cuckolding in manips, this series also draws one of my darkest fantasies: a bully returning to haunt his victim. I know bullying is a terrible thing that ruins lives and must be stamped out - I was bullied often by one particular guy and it was a terrible time, but it seems to have affected my sexuality more than anything else. My bully was a big, rough, muscular sportsman and I was a skinny, dorky little runt - hmm I wonder why I have sexual fantasies the way I do!? He delighted in beating me up and making me do humilating things in front of as big an audience as possible. I remember the burning shame as everyone laughed at my pain and degradation, and I suppose today a part of me is still scared that he'll come back and do it again just like Mr Griffiths did it to Mr Newman, and the thought of that, well, it...it turns me on!
It is shameful how often I wank to the thought of coming home to find my bully waiting for me, eager to reassert his dominance by taking his big manly belt to my naked buttocks. He held a power over me like no-one else in my life, and now we're all grown up he still does, so if he told me to suck his cock I'm sure I'd do it, and if he decided to stick it in my ass I wouldn't resist. Sometimes, in my guiltiest fantasies, I even image him cuckolding me.
Posted by QBuzz at 02:25