On Sunday, we, of course, first spanked our husbands and then had them produce boners. I took a cat to Justin's tight little tush and Susie used a paddle on Brandon's similarly proportioned ass. Marcie tawsed little Ryan while her cousin Rachel whipped Little Dickie, and Kathy elected to birch Douggie's firm ass while her sister-in-law Nancy caned Kenny. 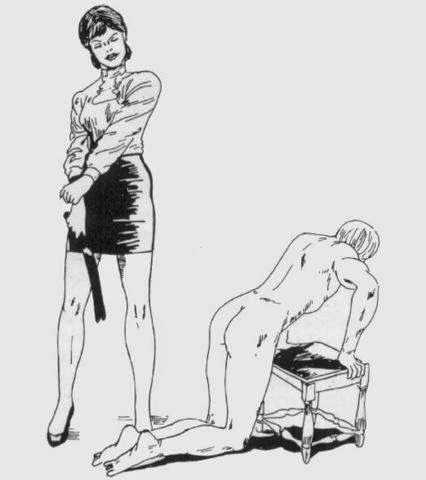 Lisa also picked a birch for Teddy while Taylor whipped Charlie raw with a riding crop. And Jackie finally got her hands on Ray's fine ass, going to town with a paddle. 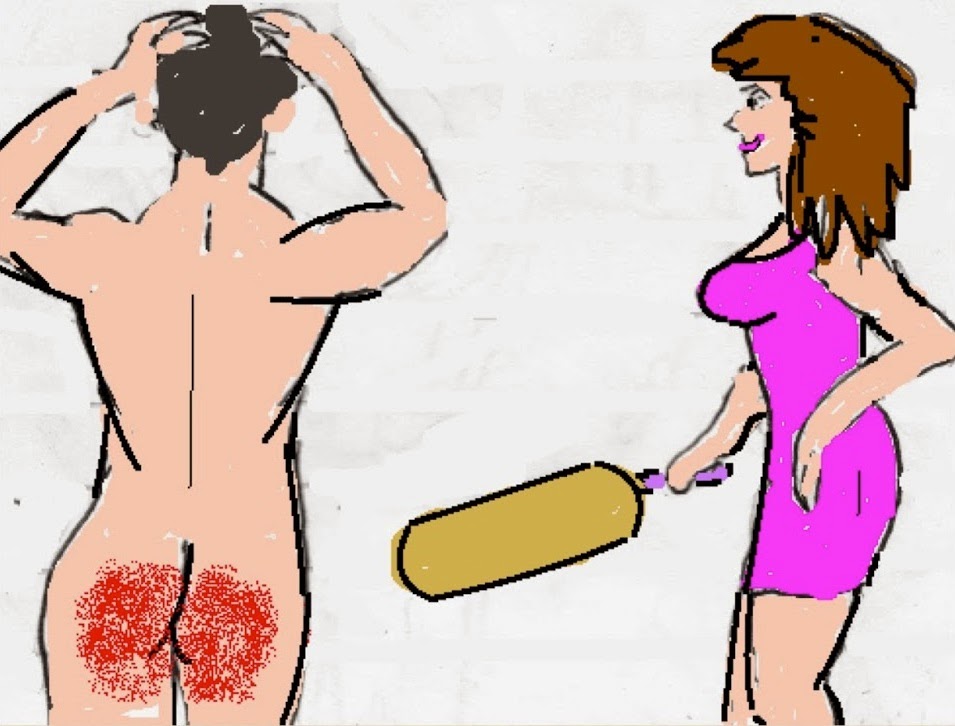 After breakfast we decided on some outdoors field and track. We divided the husbands into three teams. Ryan, Brandon and Little Dickie, our three youngest, were one team. The middle three of Justin, Kenny and Teddy were another team. Charlie, Douggie and Ray were the oldest team. We had each team stand back to back, forming a sort of three sided triangle. We next tied the husbands on that team together by tightly looping a single length of rope around their balls. Unless they moved in perfect unison, the rope would painfully be yanking on each others balls. Ouch!
We went outside.
"Listen up," I said, "for each event, the team that finishes first doesn't get spanked. The team that finishes second gets spanked, the team that's last gets a double spanking."
For our first event, we had the boys fast walk to some trees about 100 feet away and back. That was a hoot, as they struggled not to pull on their partners' balls too much.
Didn't work, each team was in tears upon their return. The youngest husbands were the fastest, then the big boys, and in last place the middle boys.
Next, we had them run to the same tree and back. This time the big boys were first, the middle second, and the little guys last. Several times, the little ones fell down, losing much time; talk about hurting.
For our last event, we had them lie on the ground and roll to the tree and back. Fortunately, the whole area was a well kept lawn. The middle boys, in much pain, finished first. The little boys were close behind, helped by their light weight. The big boys were last. The pain for them had been so bad that they literally at times had to stop in place for brief rests.
Once inside, we undid the boys and promptly doled out their spankings. As we'd been outside, I decided to use a nice 'organic' birch on Brandon , and sisters-in-law Marcie and Susie decided to join me, picking birches for Justin and Douggie respectively. Kathy spanked Kenny with a hairbrush and Lisa caned Charlie, while Rachel also gave Ryan a good hard caning. Taylor tawsed Teddy, and Little Nancy finally got her hands on Ray's nice firm butt and lit it up something good with a hairbrush.
Now that our husbands had sore bottoms to go along with their aching balls, that left only their dicks and assholes. So, once more, we had them sit on their chairs, only this time with slightly larger pegs installed. 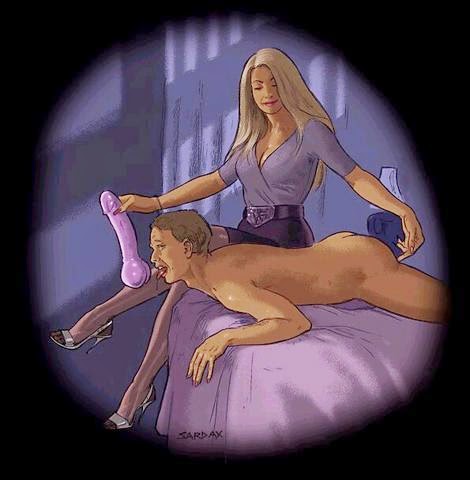