As I'm apparently one of those men it's really hard to buy for for Christmas, this year I was allowed to choose exactly what I wanted. So I picked a one-to-one session with a female spankee!
I'd had my eye on the gorgeous Red of London ever since I saw her pert bottom online, and then even more when I saw the extremely hot school uniform she was sporting on her web page.

Red is a switch and I'd originally planned on an elaborate role play involving a head girl and head boy spanking each other, but given my lack of experience with spankees other than my wife (plus the fact my submissive side is already getting quite a workout at the moment) I decided it would be better if I spent the whole time sharpening my spanking skills.
Red certainly looked the part in her senior school uniform and I played her 'bit of rough' who she's training up to meet her spanking needs. After a spanking across my knee that I think stung my hand more than her delectable bottom, she bent over her spanking horse and encouraged me to warm her up for the cane. 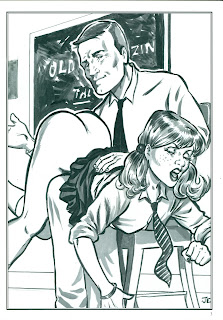 I'd originally planned to just take my belt to her, but that was a bit of a flop, so I ended up trying out all the leathery goodies she had available (plus the slipper!). A particular highlight was the large paddle that seemed perfectly cut to fit her petite bum. Then it was time for the cane. 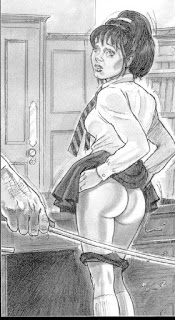 I've never given my wife more than a few whacks with one, so I made sure I concentrated on getting the strokes within Red's rather smaller sweet spot.
By now her bottom was a nice dusky pink, so I sent her for some cornertime so I could admire it while contemplating what I was going to do to it next.

Red is very friendly but unfortunately this meant there was more yakking than whacking, so her bottom quickly lost its glow and needed warming up again, so I had her back over the knee. Who says yakking is a bad thing? 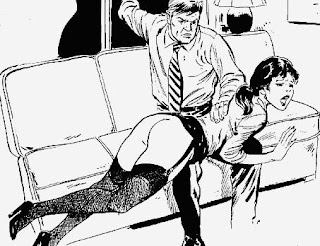 Then it was time to revisit the implements, but none of them seemed quite the same after the cane - despite being very satisfying in the noise department.
I'm not sure if it's the noise, the sensation as it swishes and cracks or what, but the canings were certainly the highlight of the session for me. We had a nice classic schoolgirl scene where she counted out a dozen strokes and said 'Thank you sweetie' after each one ('Sir' didn't seem appropriate). Then she had to count backwards from twelve, and she kept track a lot better than I did!
The one disadvantage of the cane is that you are a good metre away from giving a nice lady's bum a pinch or a rub between strokes, so I got Red back across the sofa for one last feel of my hand on her arse, then it was back for another caning to round out the session. 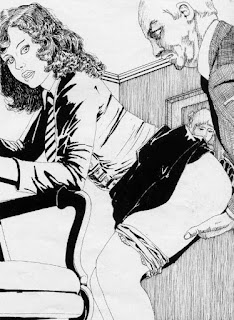 As it is the festive season I had Red use the twelve days of Christmas song to count out her next dozen ('One partridge in a pear tree, thank you sweetie'). She seemed rather nonplussed by this, as she didn't know many of the verses and this earned her plenty of extra strokes. Oh well! 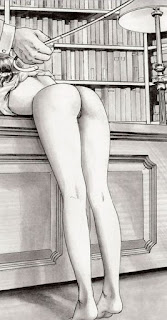 Then Red took a double dozen without pause, counting them out like a good schoolgirl all the way up to 24, before she was allowed a soothing rub. 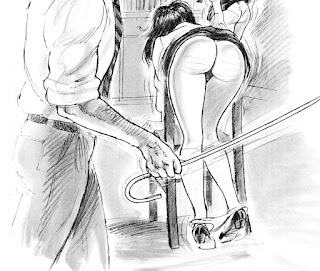 This must have done the trick, as she then counted down one final dozen from 12.
Her bottom was living up to her name at the end and there were some nice cane marks on her sweet spot. Red took her strokes without flinching and she didn't miss one count (at least not the non-12-days-of-Christmas ones!). She did have to pause to take her breath before counting for a couple, so I'll take that as an achievement! 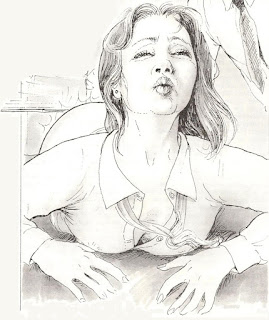 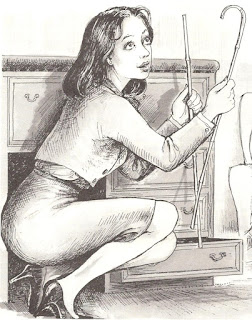