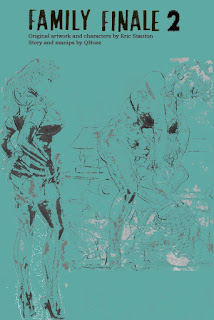 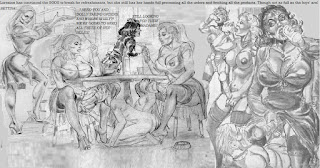 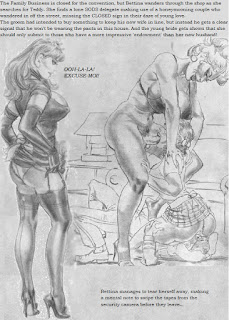 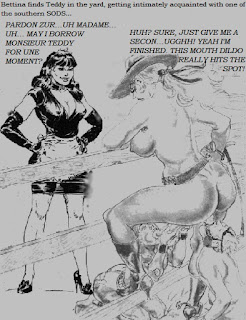 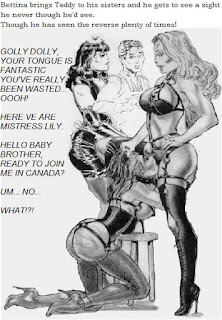 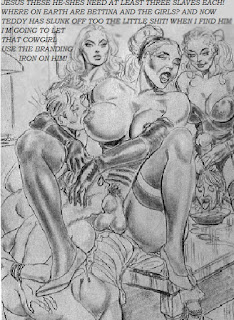 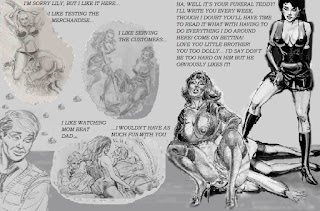 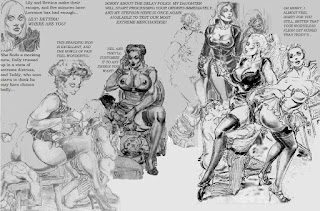 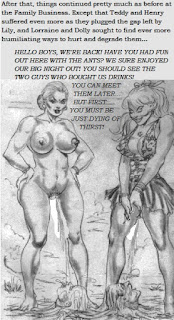 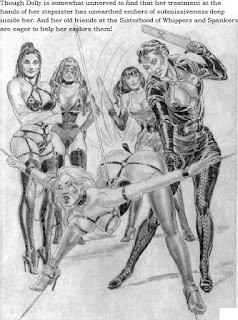 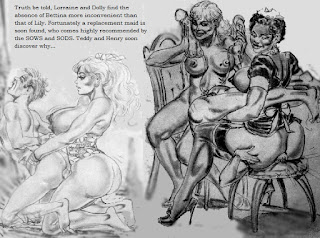 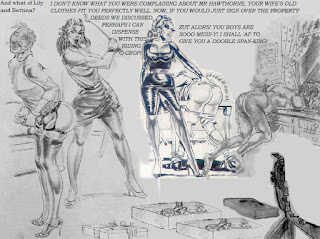 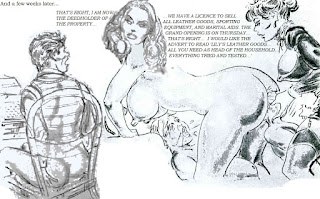 Hope you enjoyed it, and that you think everyone got what was coming to them!
Is this really the finale though? Are there any more loose ends to tie up? Could there be a Family Reunion? What further pain and humiliation will Mr Hawthorne and his sons be subjected too? Will Dolly succeed in ensnaring Henry's brother, so she and her mother can rule over a wealthy Femdom dynasty?
Thanks to a very kind reader who got in touch after part 1, I have finally read the elusive Family Business 2, and it is a very entertaining story that fits right between Family Business 1 and Family Intrigue, He also shared Family Affair Year One, which tells the tale of Dolly and Lily's first wrestling match. So I have now read all off the Family series, and I can safely say it's one of the greatest erotic stories ever. Thank you very much! :)
So in trying to do this great story some justice while bringing it to an end, I thought it was fitting for a Stanton story to end with the cruel, dominant wife getting away absolutely scot free and continuing to dominate all the men in her life, who wouldn't escape her clutches even if they could. Though I couldn't resist giving smug Dolly a taste of what she's subjected Lily to over the years, especially after Stanton heavily signposted it in Friends of the Family.
I've always had a soft spot for Lily - in fact she was my teenage crush! While it is nice to see a feisty girl get spanked now and again, Stanton and his readers seemed to take great pleasure in seeing a character like Lily get dominated, whereas to me she seems like the kind of lady who should be spanking as much as she gets spanked.
There's a nice arc throughout the whole Family series. Lorraine takes over Henry's life and his family through some of the finest Femdom ever drawn. Then her daughter Dolly does the same with her step-uncle (though we never get to see the end of this). And finally Lily only needs one session with an unwitting customer and a strap, and then she's made the new mistress of his house. Lorraine is obviously an inspirational mother! 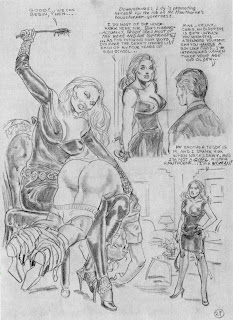 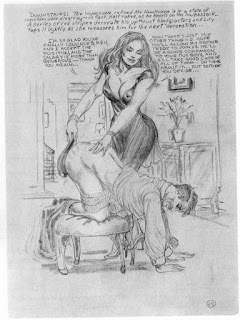 Not to mention Lily has managed to do what Lorraine and Dolly did despite also having to be their submissive employee/slave alongside her father and brother. Though imagine how Lily's victims, Mr Hawthorne and his boys, feel! No doubt their dearly departed mother was a strict disciplinarian and fearsome spanker, but it's unlikely she followed up her leatherings with the kind of bondage and facesitting-filled evenings that Lily and Bettina will be enforcing. And she certainly didn't require them to present their bare bottoms to a parade of perverted strangers to test their latest kinky purchases!
Posted by QBuzz at 06:39