The above pic is one of my favorite pieces of spanking art ever and would have got Penny into my list of top 12 school uniform artists on its own if I hadn't needed it for this post! When an artist is this good, I have no idea how she can have disappeared off the face of the planet. Penny's work is the very epitome of good-old fashioned filth, and she is rather a master of drawing cute little outfits/uniforms on her subjects. School uniforms, French maids, sexy hookers... she's drawn some of the best examples of them I've seen: 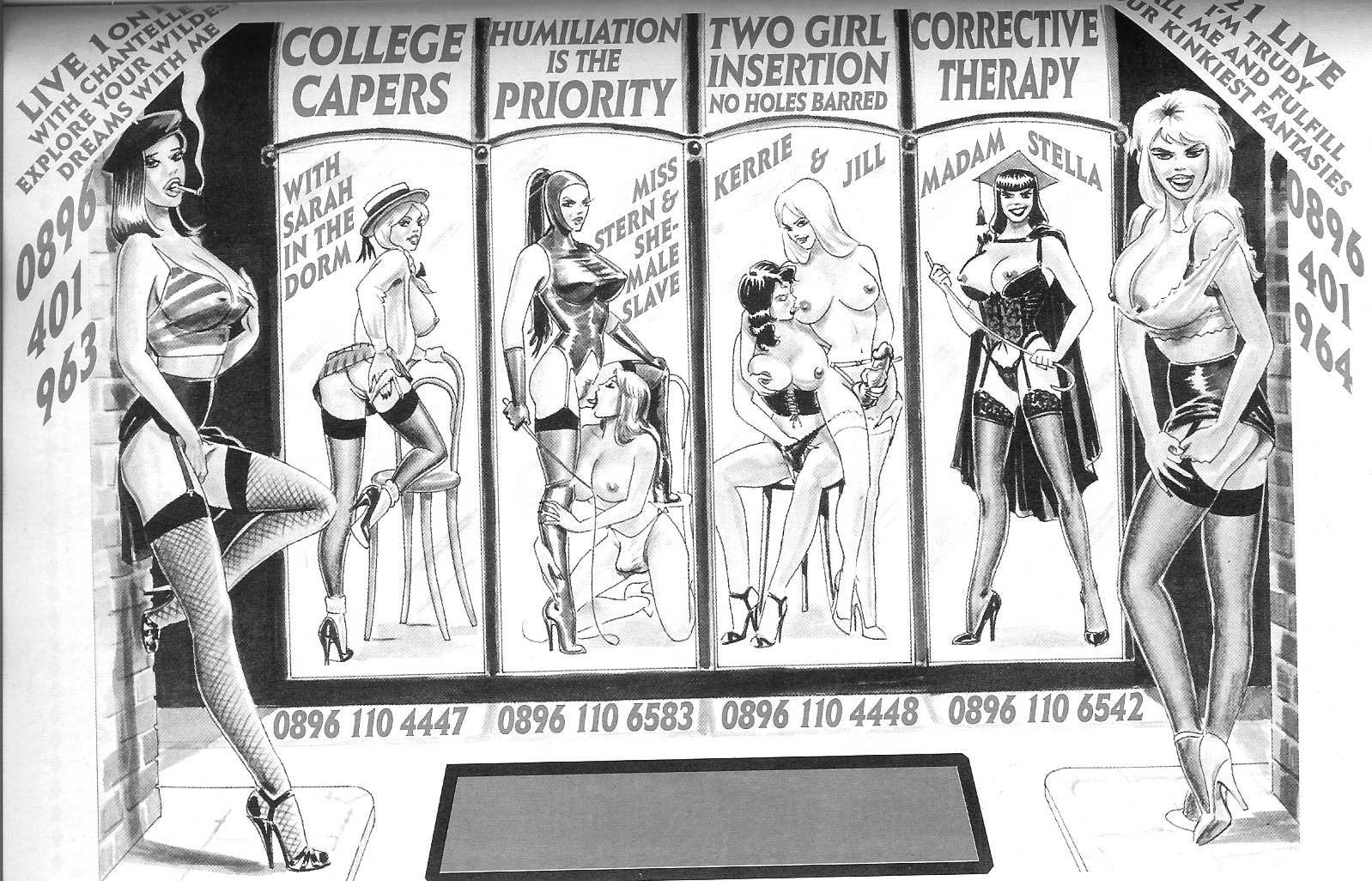 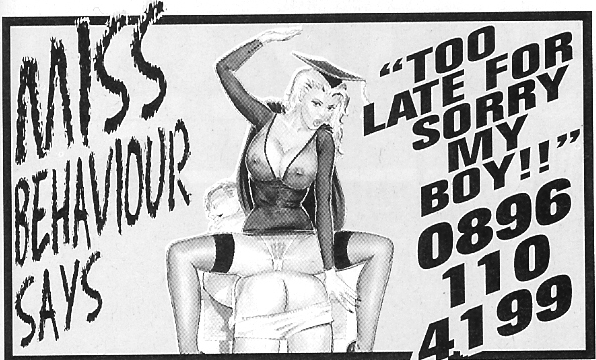 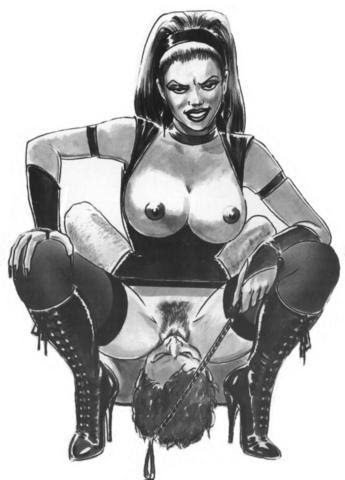 And though it's a big shame so much of her work isn't available without the phone numbers and black star censors, some of the captions are rather delicious. Busty American au-pairs, posh ladies getting rogered by filthy working men...yummy!

I get the feeling that if I'd got my hands on any of these magazines in my youth, I'd have looked at the adverts a lot more than the models! I'm not sure if Penny drew for the classic British Spanking magazines, but her work certainly has the aura of the steamy spanking and filthy sex scenes of some of their dirtiest stories... 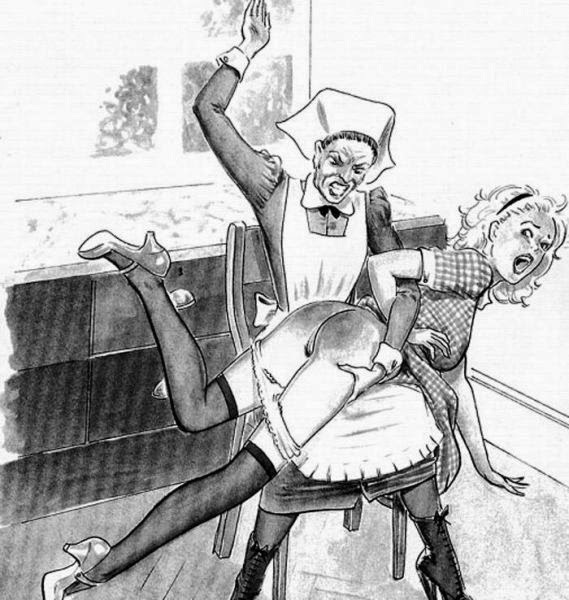 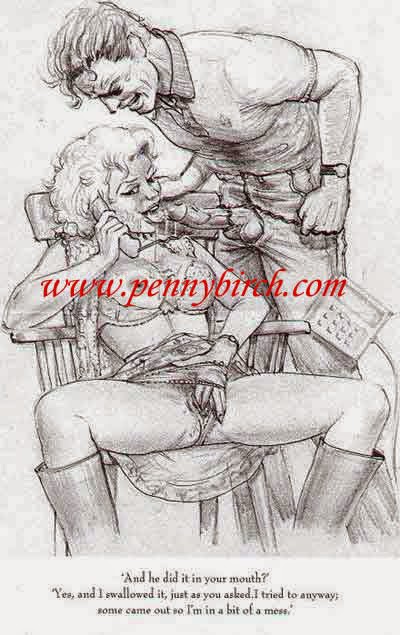 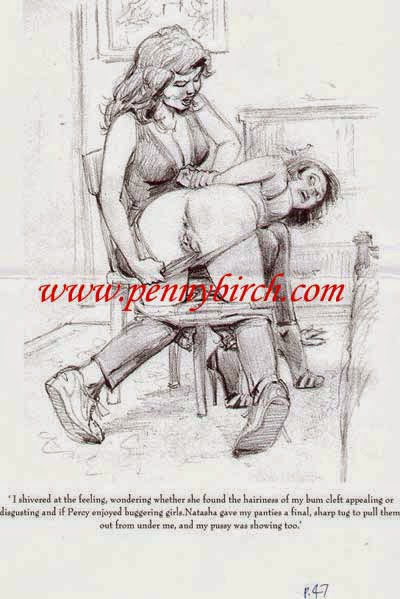 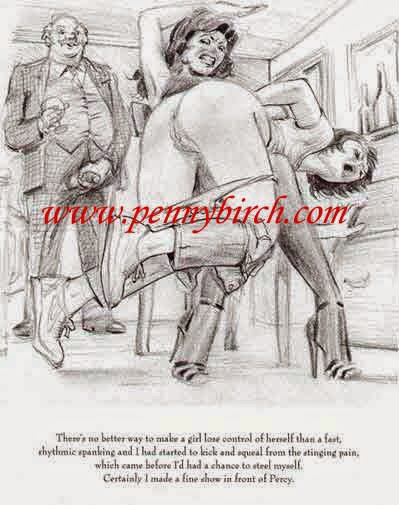 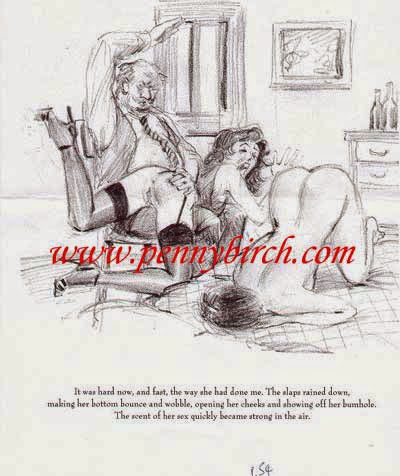 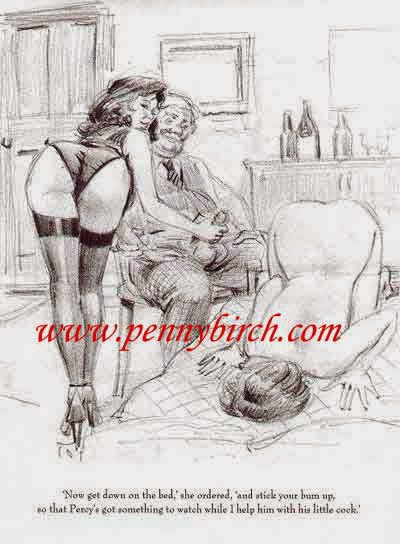 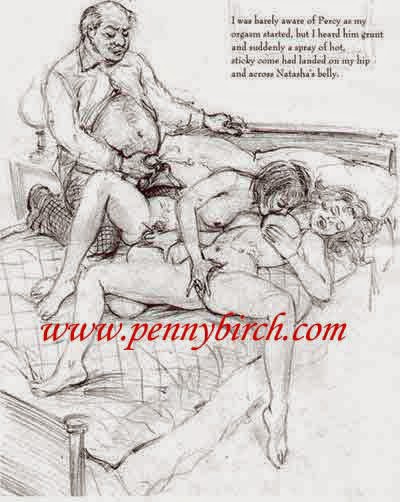 Usually when I do a post like this I only upload a selection of the artist's work, but this is literally every Penny Birch drawing I have. Her eponymous website is long since defunct and her work is rarely mentioned or featured alongside other classic spanking art. Her style is vaguely similar to Paula Meadows, so maybe people think they're the same artist, but whatever the reason it's such a shame as Penny is a great artist who did much to shape my psyche as a curious young spankee. 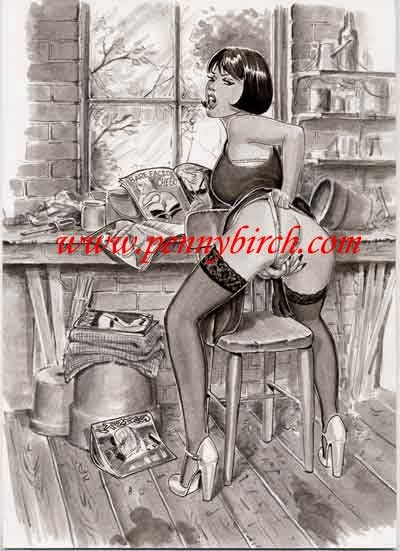 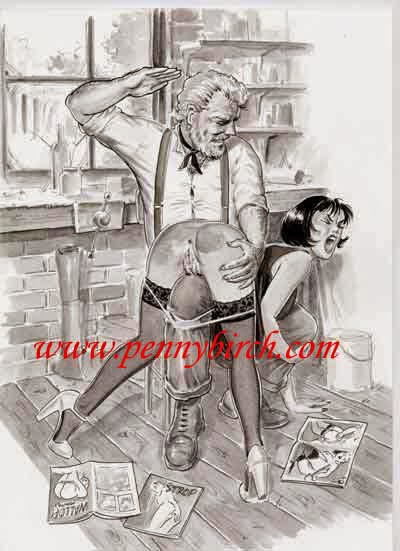 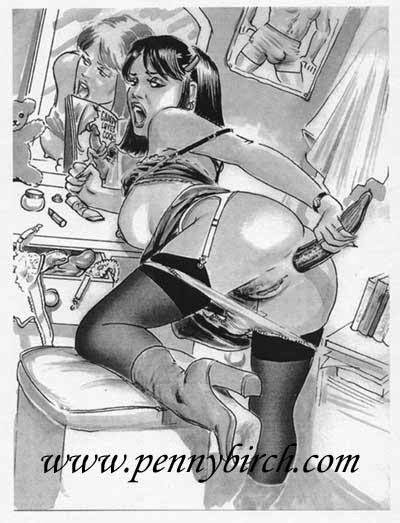 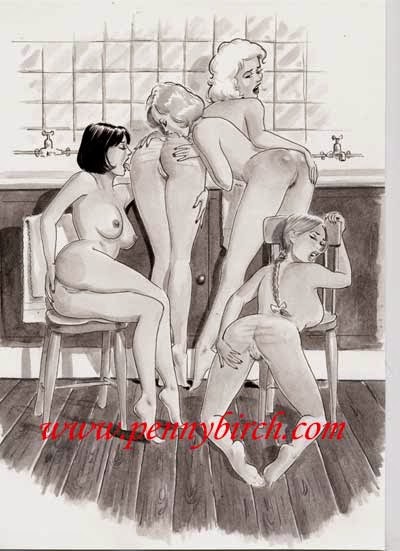 If you know anywhere that hosts more of her work, or even just more about her, please let me know.
Posted by QBuzz at 09:24