With the season of goodwill well under way, what better way to commemorate it than for me to dig out a Christmassy series of manips I created a few Yules back: 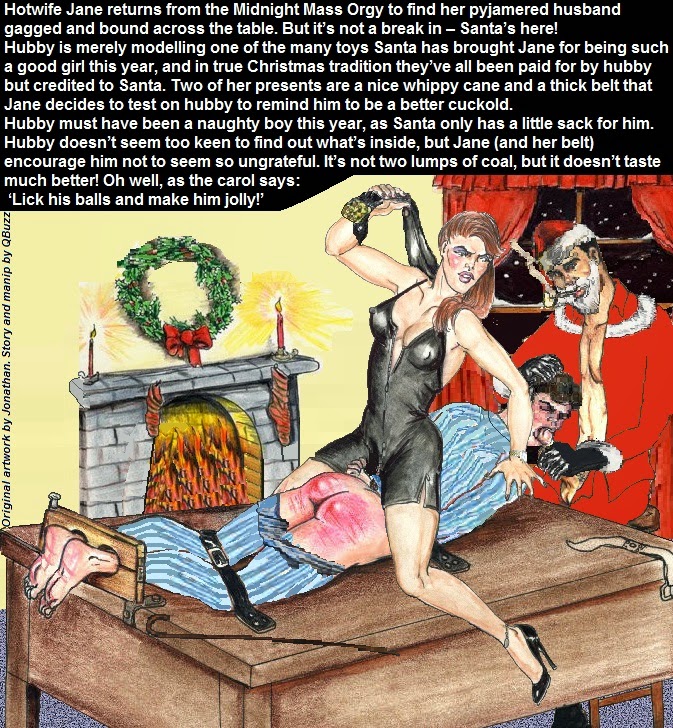 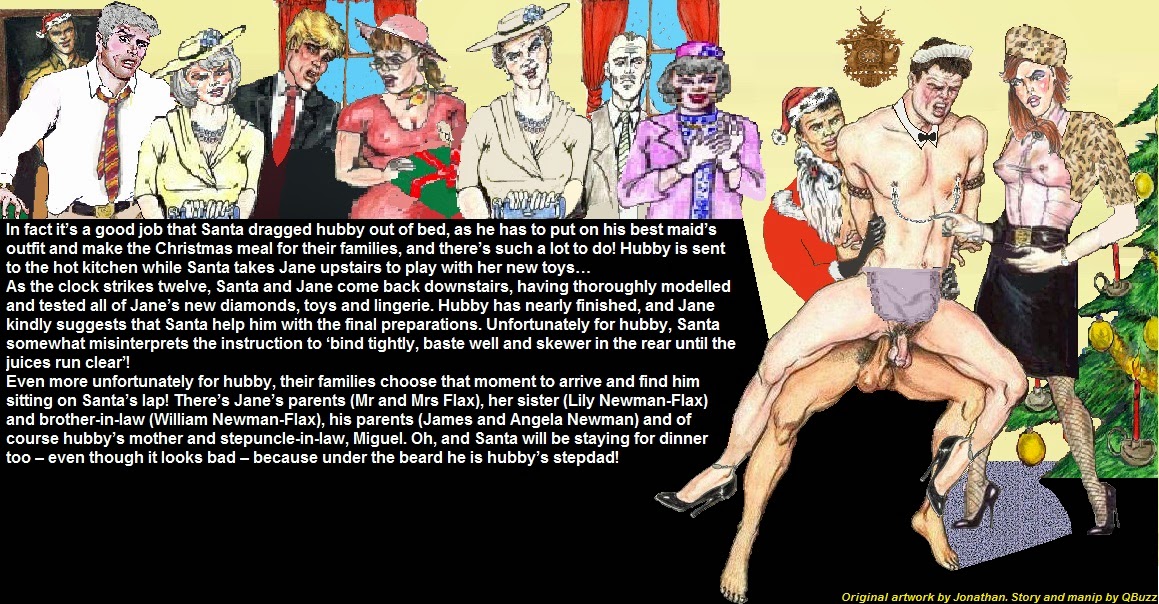 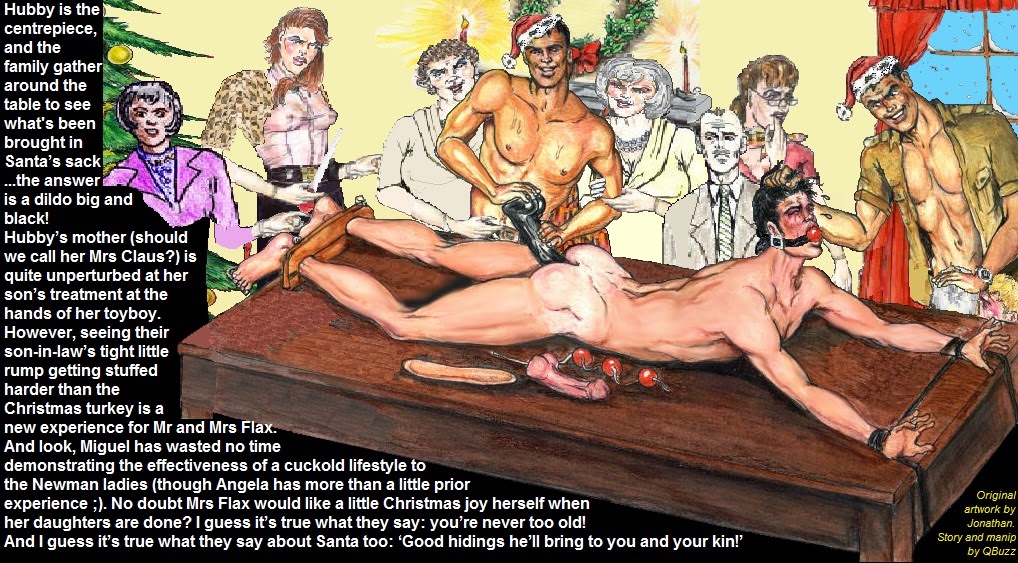 It gave me a chance to play around with alot of the ladies Jonathan has drawn over the years, which I sure enjoyed. His ladies are not far off what I see when I close my eyes and imagine dominant women spanking and cuckolding.
This series again features the descendants of the Newman clan from the classic British spanking story 'Evacuee', who we've previously seen getting spanked and cuckolded in school uniform. I tried to add a few little jokey bits and items to spot in as a sort of homage to the little jokes Jonathan used to put in his work. I'm not sure how well they all came out, though I like the disapproving expression on cuckoldress Jane's face as she watches the older ladies feeling up her bull. I love the idea of well-dressed experienced women having a good grope and squeeze of pert younger men in CFNM situations, whether its spanking their bottoms or getting them riled up before a cuckolding. Given that the bull obviously has a thing for older ladies we can assume that Jane will end up having to share her bull with her mother and her sister's mother-in-law as well as her own mother-in-law, probably before Christmas Day is out!
I also like the way Jane's sister changes. In picture 2 she is obviously enjoying the sight and teasing her husband about the same happening to him. Perhaps big sister has been regaling her with cuckolding tales and she wants to copy her as always! But then in picture 3 she looks rather aghast at the sight of her husband and father-in-law sucking Miguel's big cock. Perhaps she has bitten off more than she can chew, though given both family's cuckolding genes and William's past experience with men they'll no doubt be having a good old experiment with Miguel before she can be sure!
Posted by QBuzz at 08:56