As I was working from home for a time earlier in the month I decided it would be fun to hire a spankee to play my secretary for an hour (incidentally I've long thought there should be a temping agency that hires out office workers who are willing to be spanked - I might pitch it to the Dragons Den!). 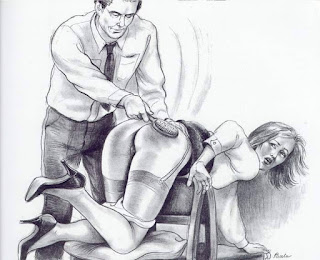 Soon I was opening my door to the lovely Cassie, who was very nicely attired in office clothes and jewellry. We started with a little dictation practice - Maggie Gyllenhaal in 'Secretary' style - as she bent over the desk and I smacked her skirted rump while she read out her profile. 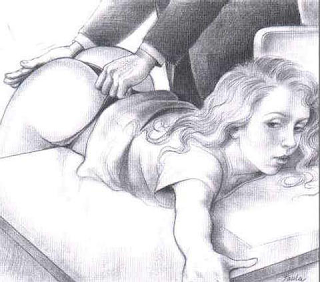 Of course this was far too tempting and so I soon had her sensible skirt rolled up and her knickers up in her arse crack so I could swat her bare cheeks. Then it was time for knickers off completely and stockings too (although they were very nice they got in the way of me playing with her shapely legs). 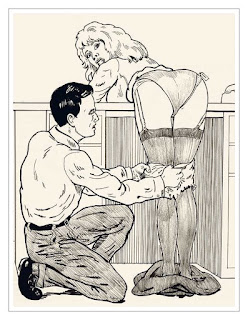 I had her touch her toes and admired the view before siting in my big leather Chesterfield chair and putting her across my knee. 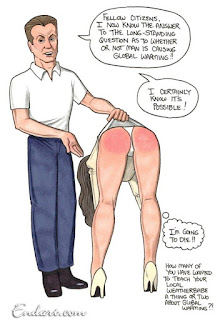 Cassie really does have a gorgeous arse and it was a pleasure to redden it! 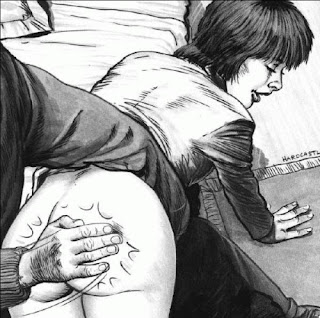 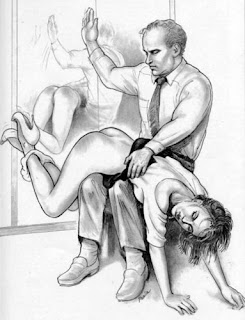 She had brought a few implements with her but I found them a little too flimsy, so I got out my London Tanners Grandma's Slipper Paddle. 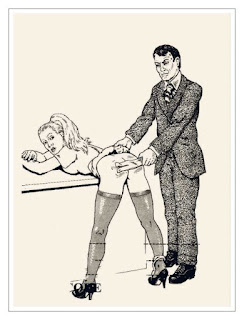 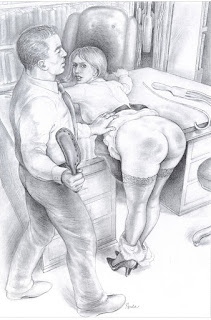 Cocky Cassie had announced at the start that we wouldn't need a safeword, but during her dozen swats she certainly seemed like she might need one. There was some very choice language that I considered giving her extra for, but I decided against it. After all it is rather arousing to see a previously demure lady effing and blinding.

After this it was back across my knee to get my hands on that gorgeous arse again. 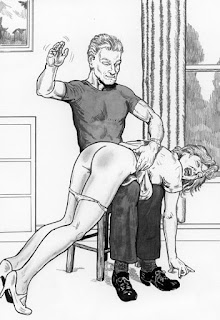 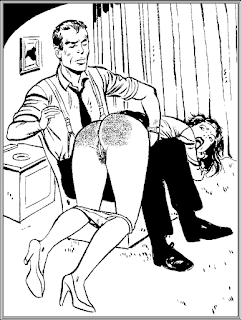 She had the temerity to put her hands in the way, so I had her strip off everything except her heels and jewellry, handcuffed her and spanked her upstairs. She certainly was a sight to behold as she lay on my bed and stuck up her bum for six strokes of my trusty belt. I realised after that it was quite cruel of me to handcuff her, as she couldn't rub her bottom, so I had to do it instead. 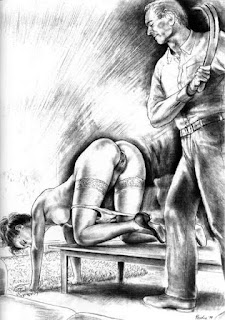 We finished up with a nice nude wriggly spanking across my lap. Who says working from home has to be boring? 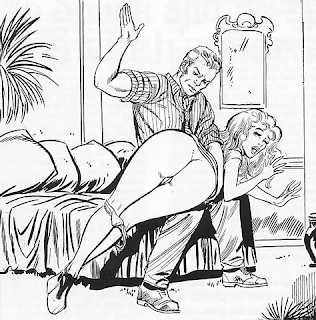