Jonathan art manips: You May Use the Groom

Summer is here and that can mean only one thing: wedding season - so I thought I'd post up my old manips series that have a nuptial theme. The first shows what happens when a pair of male strippers are hired to do a bachelor party... 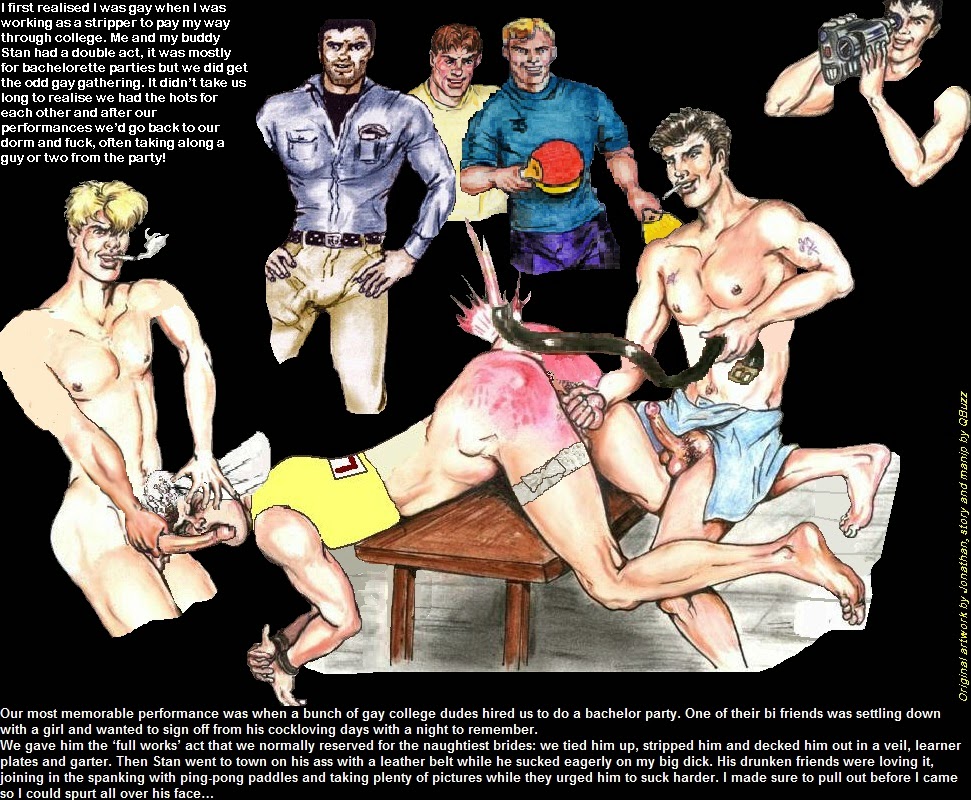 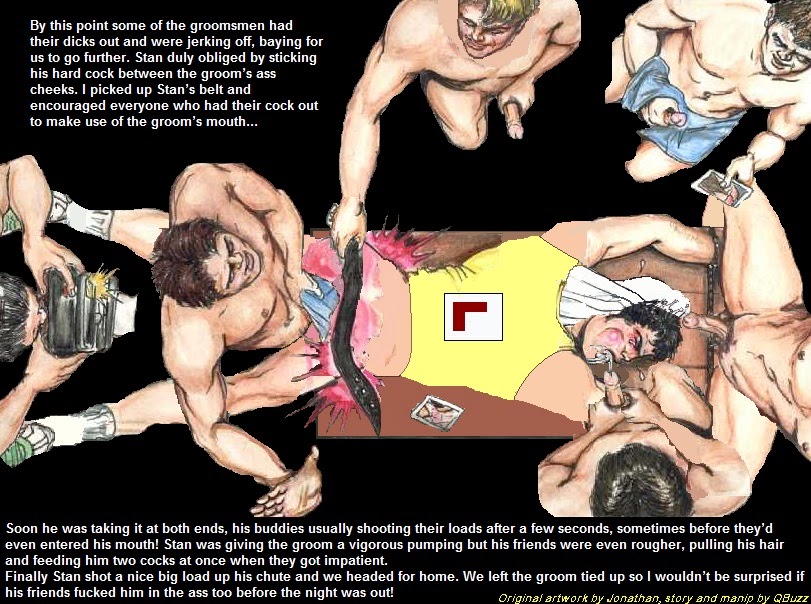 I wonder what happened to the groom and his friends afterwards? Did they all wake up hungover and shamefaced, declaring that the night should never be mentioned again. Or was it all treated as a big joke, with the groom being endlessly mocked every time they meet up? As the next time the guys all meet up will logically be the wedding, perhaps a few of them will have a re-enactment.
Gay sex among groups of male friends who've come together to explore their feelings is a hot scenario, especially if they're nominally straight. Macho competition and teasing can lead to great things when its about sucking a cock rather than chugging a beer! Alcohol could be involved, and I have to admit I get a big thrill imagining the awkwardness the next morning as everyone remembers whose dick went where!
Frat houses and college buddies are great for sowing seeds for these kinds of shenanigans, and can cover all the combinations. Whether it's studly jocks jerking each other off or skewering geeky types, or cute geeks comforting each other in a cocksucking 69. I often fantasize about being in a gay 69, both with a fellow smoothskinned beta boy or beneath a rough jock type who fills my nostrils with his man scent as he rests his big balls and muscular ass on my face, and treats my poor little dick roughly or teases it and doesn't put it in his mouth at all. After he's reddened my ass of course!
Posted by QBuzz at 11:01