It's a common fantasy for brides to be spanked, fucked and otherwise misbehaving. But what about the grooms? This too is a role with its own outfit, one that is smart, traditional and provides easy access for a good hard spanking. You might think of a groom being a fairly dominant role, but certainly not if the family patriarchs want to demonstrate who wears the trousers! Not only that, but the groom also gains another set of parents eager to show him that they know best, and what better way to do that than through blistering bare bottom spankings? 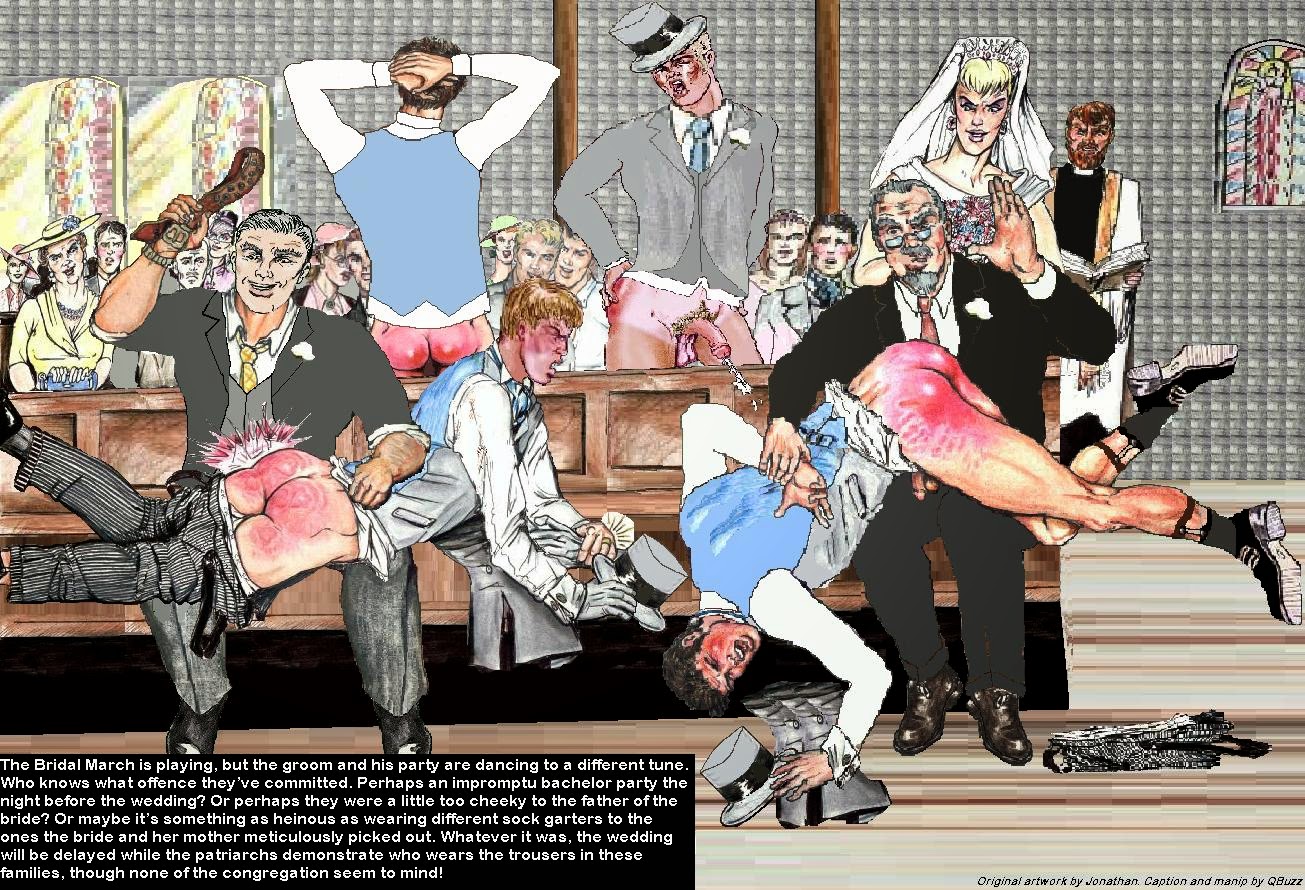 This manip started out as an attempt to show the role reversal of a traditional wedding spanking, where the bride’s father gives her a good thrashing before he hands her over to her man. I wanted to show a dad giving his son one last whipping before his wedding, but as you can see I added a few other spankers and spankees, so I gave it quite an open-ended caption and you can interpret the scene any way you want.
One of the things I love about erotic art is working out stories behind all the characters and situation. The two gentlemen getting their spankings front and centre could be groom and the best man. Is that the groom on the left? Is it his dad spanking him? Or is it the bride's dad, demonstrating the studded belt that his family has used to discipline unruly sons and sons-in-law for generations? Is the other gentleman the bride's father spanking the best man (no doubt encouraged by the bride and/or her mother over some unsuitable event that happened at the bachelor party)? Or is it a grandfather? Is the blonde groomsman - whose trip across the paternal knee has got him a bit too excited - the bride's younger brother (judging by his hair colour)? Is the groomsman who's being made to show all he has to the congregation the groom's brother, or just a friend who was hoping to get some tail at the reception, but now won't be getting anything but mocked?
Posted by QBuzz at 22:38