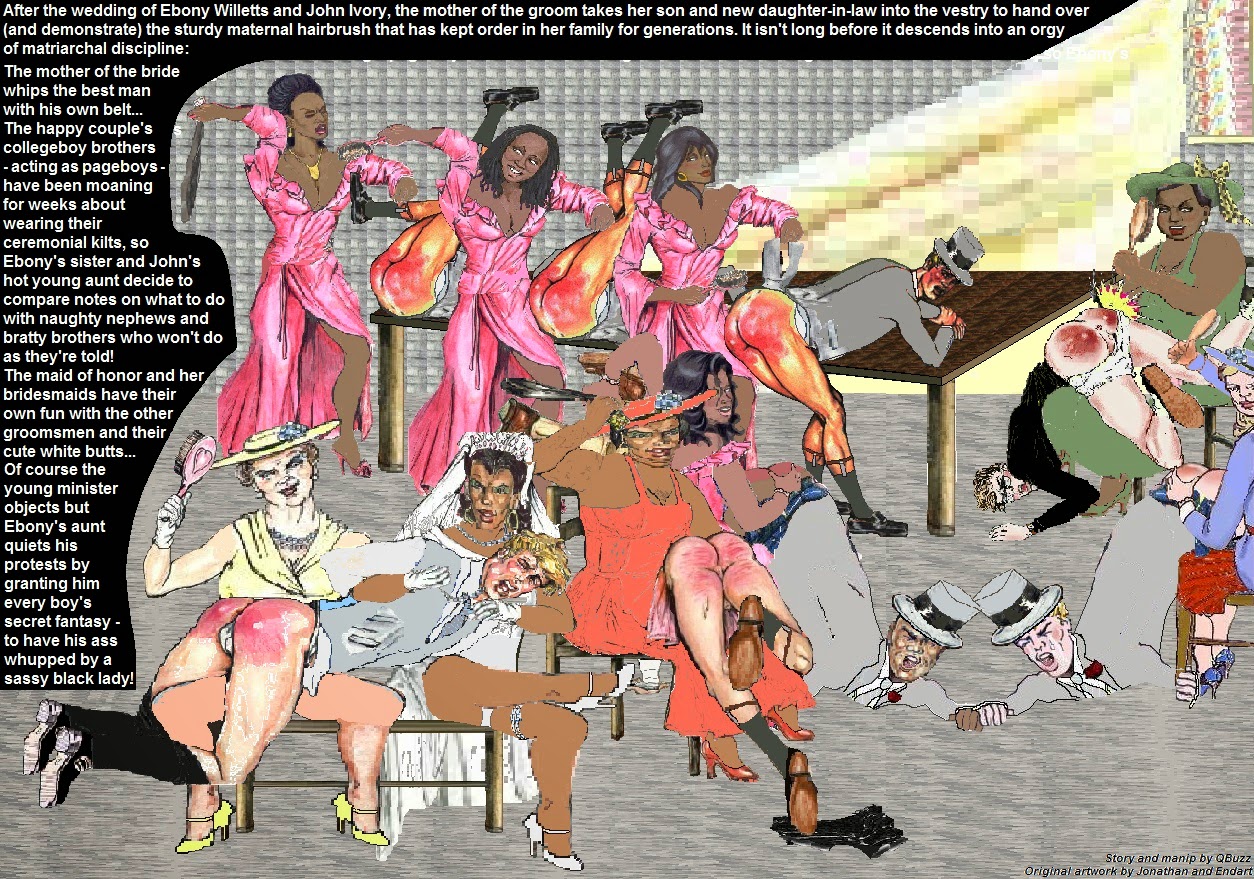 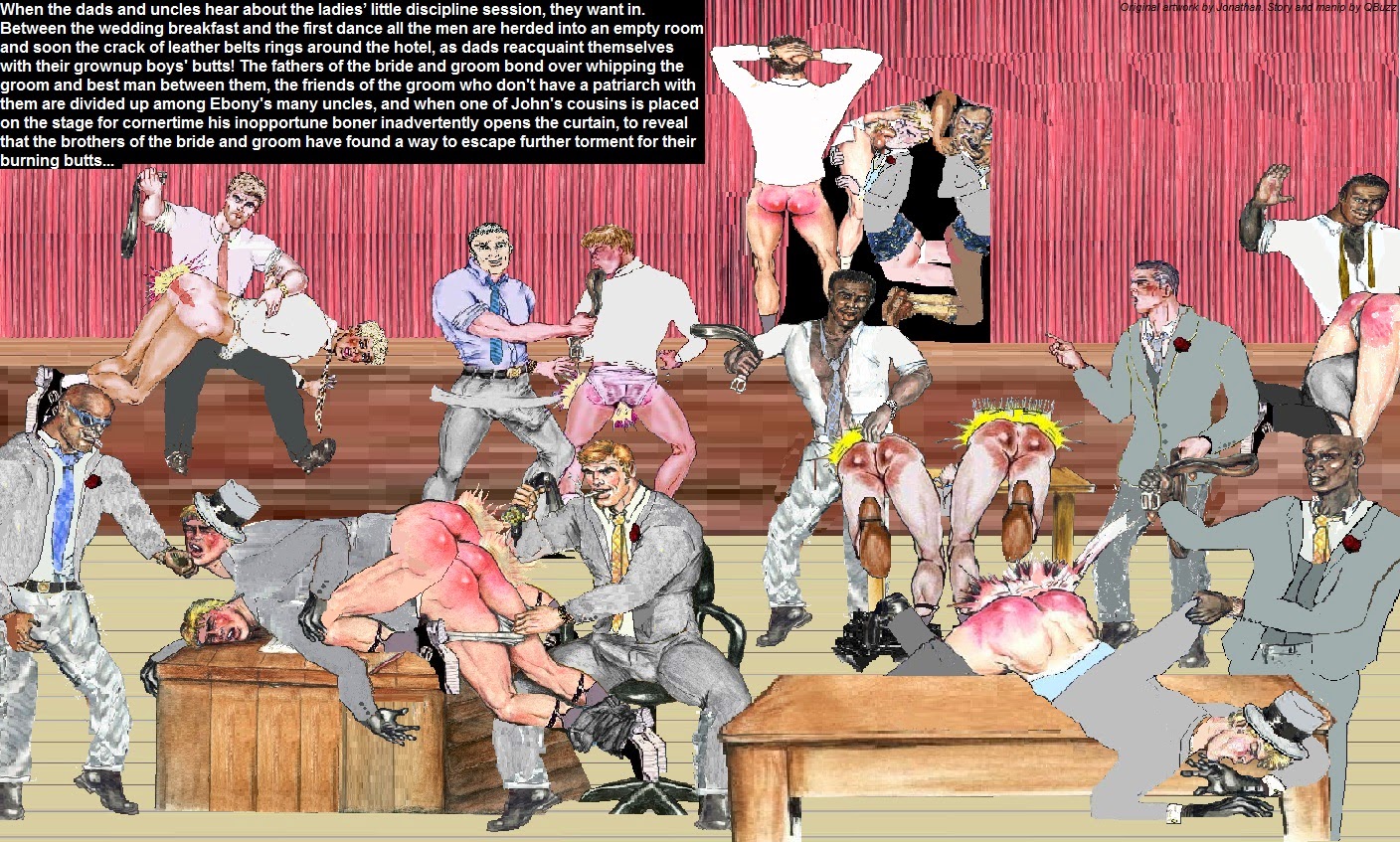 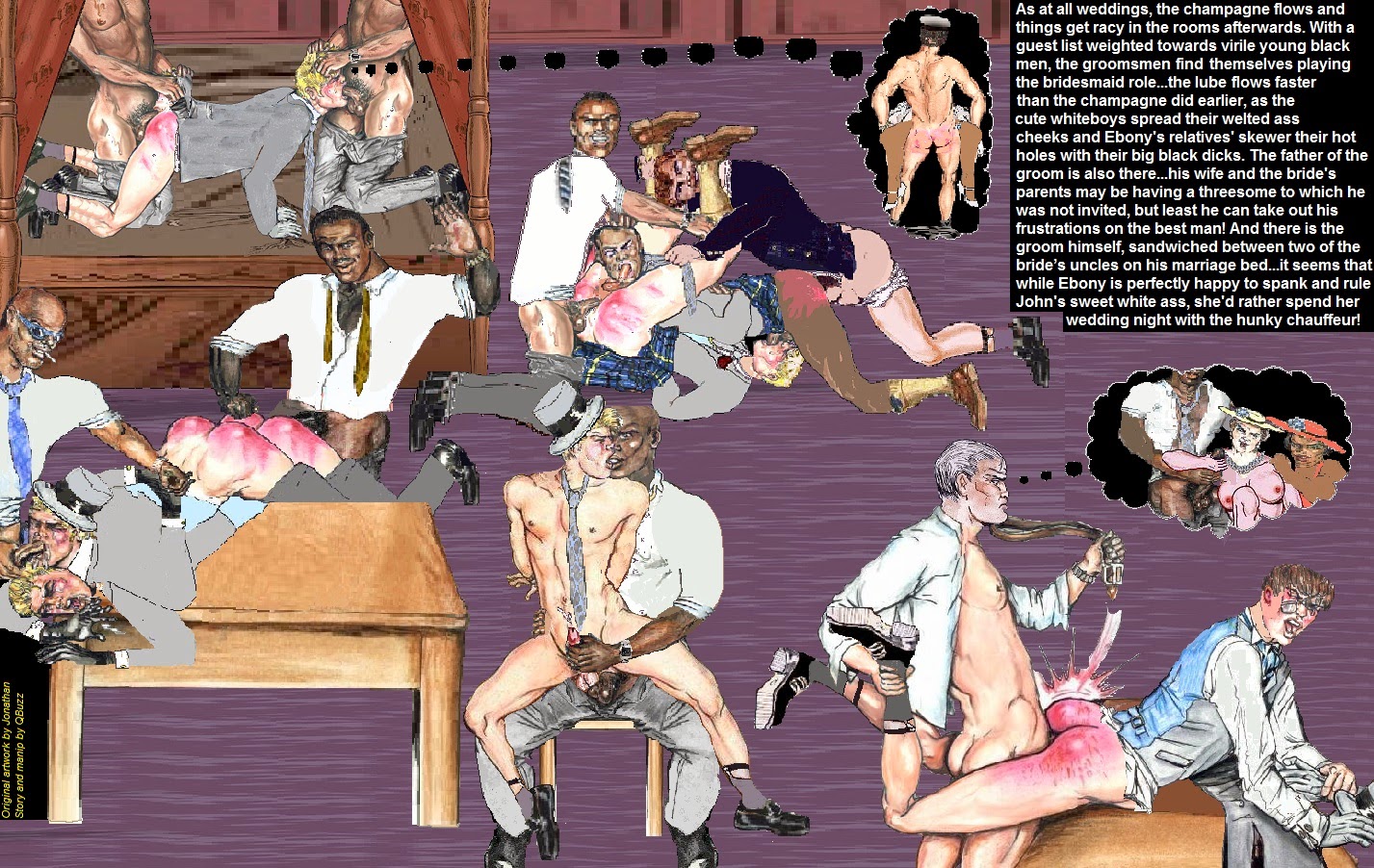 We all know how hot the bridal outfit is - with stockings, white heels and an easily-liftable dress it's ideal for spanking and cucking fantasies. But the groom 'uniform' is just as evocative, with tight trousers that show off sculpted and/or spankable asses, dress shirts and ties that are evocative of both dominant dads and naughty schoolboys, plus shiny shoes, sock garters, top hats and tails and lots of other easily fetishizable accoutrements.
Like many good kinky outfits for men, the wedding 'uniform' can fit both alpha and beta males. Whether it's the hunky best man in a well-made suit effortlessly seducing brides and bridesmaids, or the dorky groomsman sweating away at the top table in an ill-fitting suit while his woman is wooed away from him by a muscular male relative who has bullied him since they were boys.
This is my first proper attempt at creating cuckolding and FM spankings in these manips. The spankings weren't hard (no pun intended) as Jonathan created some truly awesome FM artworks (seriously, the groom's mother in the yellow hat and dress is my ideal matronly spanker. Though I did have to borrow some of Endart's work for the bride's party), but obviously I had to improvise with the cuckolding. Expect to see several variations of that guy in between those legs in the future!
We all know how, with emotions running high and drink flowing freely, weddings are an orgy waiting to happen. And with all these spankings going on, everyone at this wedding is horny as hell! With all those young black hunks for the women to enjoy, for the cute whiteboys to get any action they're going to have to spend the night bowing to the sordid whims of the experienced older studs! I've already said how I love the idea of performing in a gay 69, and the fourth manip demonstrates a fantasy that takes things one step (or rather two cocks) further: while me and another geeky guy are sucking on each other's slender cocks two much hunkier men are filling our assess with their big thick dicks. Us two cocksuckers would get an eyeful (and noseful!) of those two thick trucheons sliding in and out of each other holes, and the guy on the bottom would certainly feel buried beneath a pile of sweaty mansex - can you guess which one I'd like to be? I'm sure this setup is common in fourway gay sex but I can't find a name for it anywhere, so I call it the 1691.
Posted by QBuzz at 19:39