Here's what happens at a classic British finishing school when the three Rs (reading, 'riting and 'rithmetic) meet rum, sodomy and the lash! 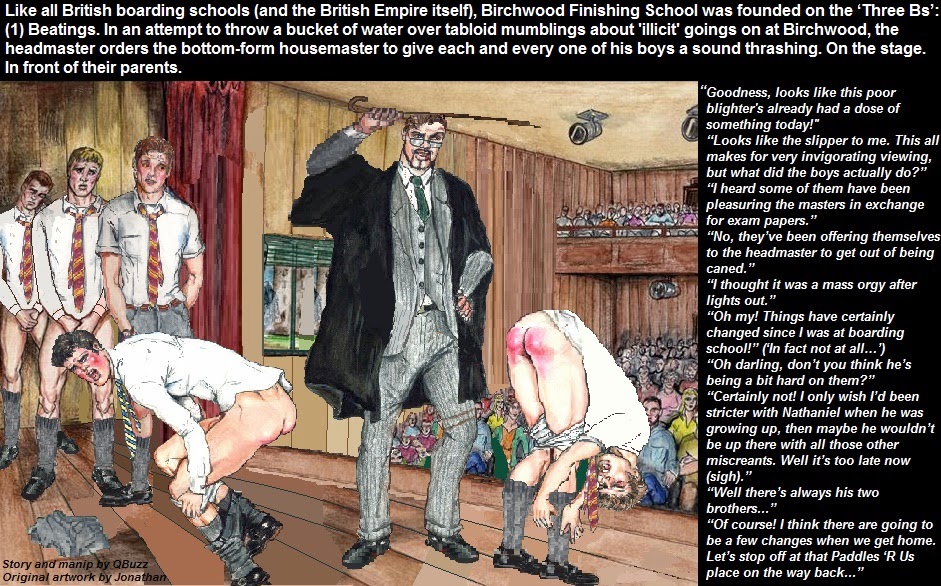 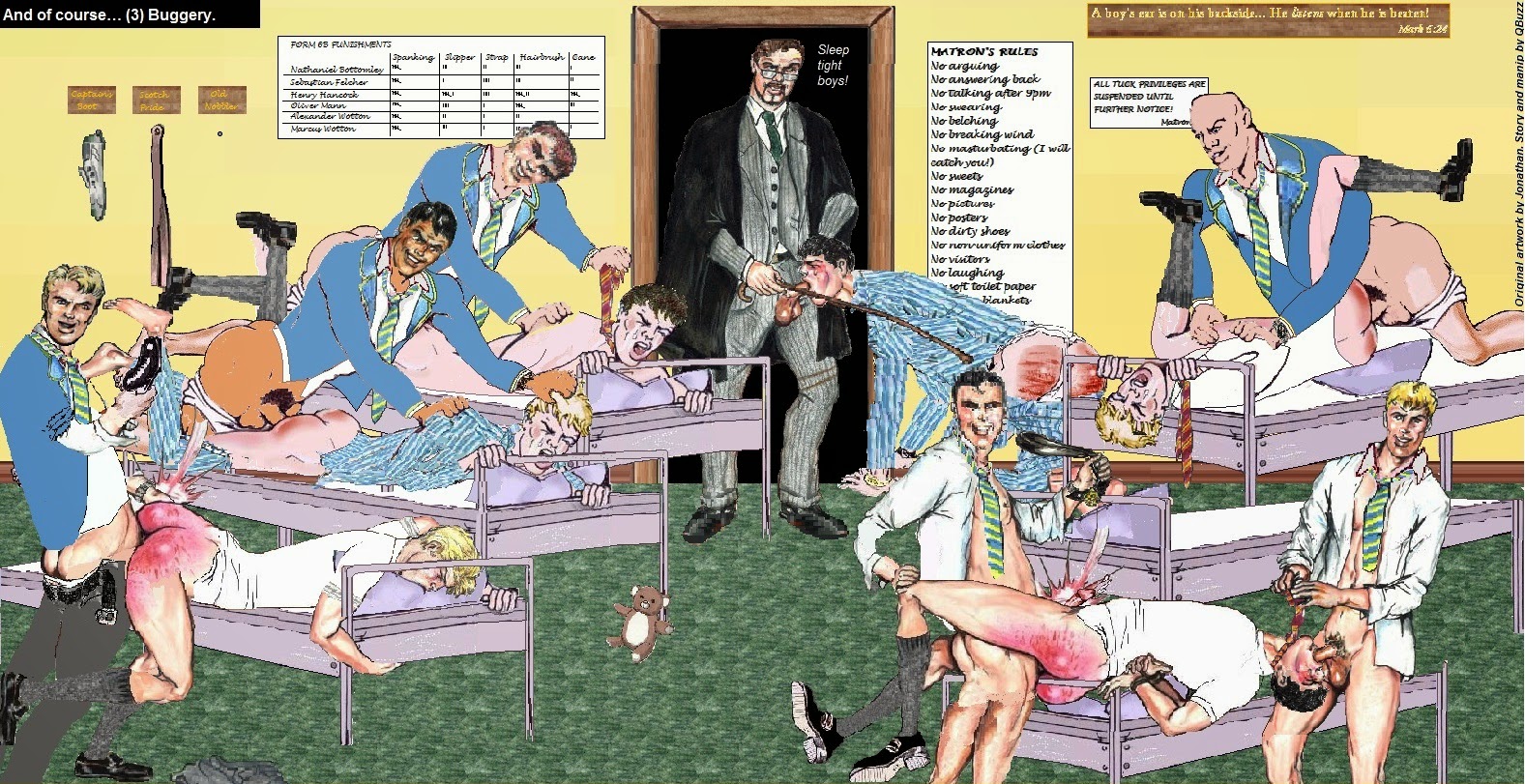 It occurred to me that their are very few drawings of schoolboys being caned on the stage in front of an audience, despite this apparently being a regular occurence in real life judging by the amount of times it appears in accounts of school corporal punishment, so I thought I'd try and rectify that with this first manip.
Unless you're a master or a muscular sporty type these finishing schools are really just a place to wear a smart uniform while being subject to endless punishment and humiliation. Kissing contests for the amusement of elders would be a common occurence! In the original spanking picture I used for B two of the spankers had a striking resemblance to their spankees. I suppose they were meant to be their dads, but in this school-based manip we can take them as older brothers, which is kind of a hot scenario that I haven't explored before. I also snuck in a couple of twins - they've no doubt had to share a lot of things in life so why should an older boy's cane, cock and balls be any different!
The twins also appear in C, and things have got a lot worse for them and their dorm-mates. Because of the 'Three Bs' thing I didn't tell the story of this one so much but I saw it as a top-form sports team returning home from a hard days sport all revved up on adrenaline and horny as hell, and with no girls or alcohol about their fags offer themselves up for a big sweaty gay orgy.
Obviously the bottom-form boys like it rough but I must admit I was a little taken aback (although also hugely turned on!) by how dominant I was making top-formers in this one, even beyond all the blowjobs and buggery. Like the Asian-looking top-former (who I see as a polo scholar whose millionaire father no doubt paid a small fortune so he could go to a British school and dip his big Asian beak in blonde boys' backsides) moving the pillow so his pyjama-clad bottom has to bite down on the bed frame instead. Or the captain and his friend giving one of the twins a seeing to at both ends in an excruciatingly uncomfortable position with his bed frame wedged right in his jacksy. And that's before we get started on the bigger boys' use of ties as leashes and chokers for when the bottom-formers need a bit more encouragement in their sucking and writhing! Also, the housemaster has obviously decided that one of the twins is well overdue both a taste of the cane (note the chart) and a taste of something else before his buggering...
Posted by QBuzz at 14:22